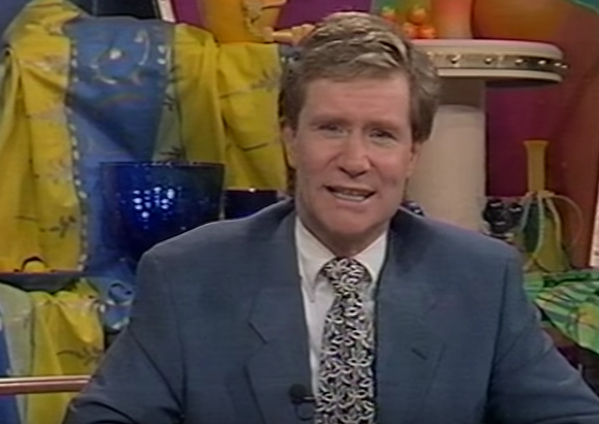 Dublin-born radio and television presenter Stephen Rhodes has died at the age of 66 from Motor neurone disease.

Stephen started his radio career with ARD in the 70s before moving to the UK and working on a number of stations including BRMB, Beacon and BBC local radio.

On TV, Stephen was the main cover for the daily This Morning show on ITV, and hosting a number of other television programmes.

Friend and colleague David Baker paid tribute: “I’m very sad to have to report the passing of Stephen Rhodes one of the great broadcasters, He started in Ireland at ARD and made a real big break into radio in the UK most recently at BBC Three Counties. RTE missed a real gem here, of course he was main cover on ‘This Morning for a while and a stint on Family Fortunes.

“I last had contact with Stephen a number of months ago and It was a real pleasure to know this man. He had a fantastic voice, great personality and will be missed by all who knew him. I Remember when I was starting out how he made lots of time for me and gave lots of encouragement on a visit to BRMB. RIP Stephen”

In the 90s, Stephen worked for BBC Radio Shropshire as Breakfast Show host where he won the first of many Sony Radio Academy Awards. In early 1994, Rhodes took over the weekday mid-morning show on the station. He remained on the slot until mid-1995, when Rhodes joined BBC Three Counties Radio, presenting a consumer programme five days a week.

Stephen Rhodes’ daughter, Bec, has been on BBC Three Counties Radio this morning to pay tribute to her dad: “For want of a better phrase, dad was a loud mouth but he never made a fuss, he was so humble even in the last couple of weeks.