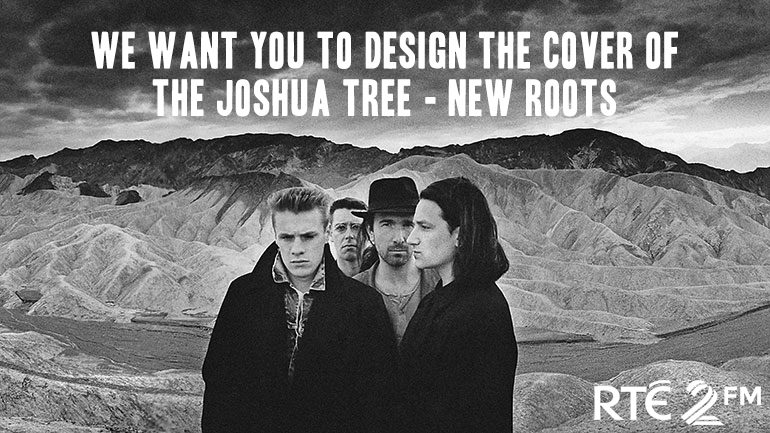 The charity album was created by RTÉ 2FM and Universal Music Ireland and has 11 studio tracks which sees some of Ireland’s most outstanding musical talent cover songs from U2’s seminal Grammy Award-winning album ‘The Joshua Tree’.

It will raise funds for LauraLynn, Ireland’s Children’s Hospice.

The Joshua Tree – New Roots includes an exclusive bonus track from U2, a live performance of ‘Red Hill Mining Town’ recorded at the band’s recent show in Amsterdam during the critically acclaimed ‘The Joshua Tree Tour 2017’.

The Joshua Tree – New Roots features emerging Irish talent including new artist Lyra singing ‘Mothers of The Disappeared’; Picture This performing ‘With or Without You’; Fangclub with their version of ‘Exit’; The Strypes with ‘Trip Through Your Wires’, as well as the hugely talented Imelda May performing a stunning acapella version of ‘I Still Haven’t Found What I’m Looking For’.

Other featured singers include Gavin James with a solo version of ‘Where The Streets Have No Name’; bright new star Aine Cahill performing ‘Red Hill Mining Town’; plus bands including All Tvvins (‘Bullet the Blue Sky’), The Academic (‘In God’s Country’); The Coronas (‘One Tree Hill’), as well as Kodaline with their rendition of ‘Running To Stand Still’. Curated by Universal Music Ireland, the idea for the record originated with 2FM.

Paul Russell, Deputy Head of 2FM said – “We are incredibly grateful to our 2FM listeners for purchasing this exciting new album which is in aid of the wonderful work that the Laura Lynn Hospice does, which I have seen first hand. The songs are outstanding, as is U2’s support to the entire project.”

The Academic performed their song ‘In God’s Country’ on the Late Late Show on RTÉ One last week.