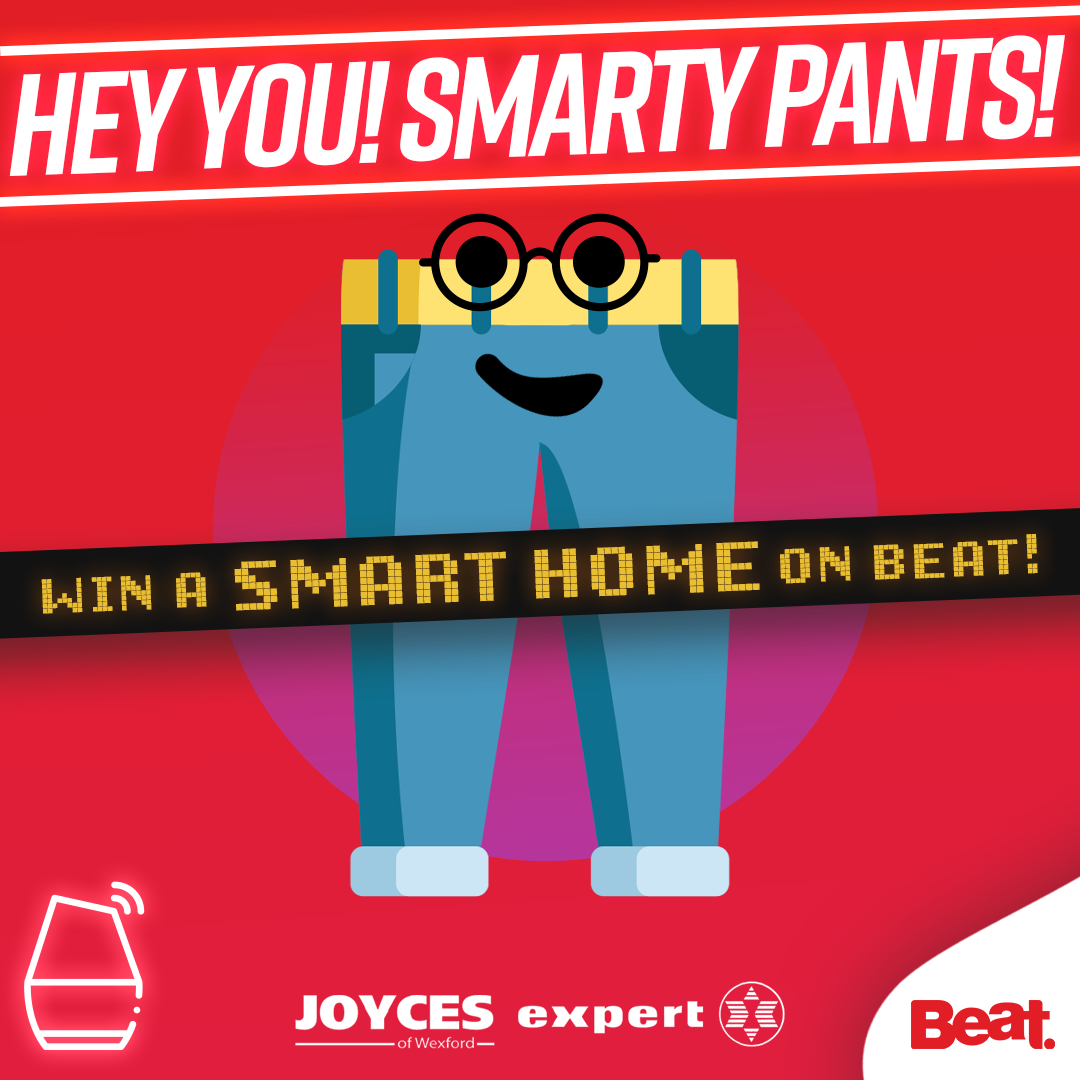 Beat 102-103 has named a Tipperary man as the South East’s ultimate Smarty Pants.

The competition, called Smarty Pants, kicked off on Monday when Beat challenged self-confessed know-it-alls to prove they had the smarts to face up to the presenters in a general knowledge showdown.

Across the week, eleven contestants were whittled down to eight as they fought off legions of Beat jocks, from Orla Rapple of The Sunday Grill to Beat at Work’s David Hammond.

The competition was inspired by Beat’s record digital listening figures, which show that more people than ever are listening to Beat on smart speakers.

Friday saw a thrilling culmination to proceedings as contestants from Tipp, Carlow, Kilkenny and Waterford battled through the quarter and semi-finals to earn a much-coveted spot in the grand finale on Beat Drive with Darren Rice.

In the end, it was Tipp vs. Waterford as Michael from Kilsheelan faced Larry from Portlaw. After a shaky showing by Michael, Larry only had to get three answers correct to bring home the tech.

However, after managing to get just two of the five questions correct, it was Michael who was crowned the South East’s ‘smartiest pants’!

The delighted dad is taking home an exhaustive list of tech including a 55” smart TV, smart speaker, tablet, Ring Chime and more!

Commenting after the promotion, Beat’s Commercial Director Michael Barry said: “The creative team here at Beat came up with the novel idea for the “smarty pants” promotion and we were thrilled with the results. We received entries from all corners of the South East and the feedback from our listeners has been amazing.”