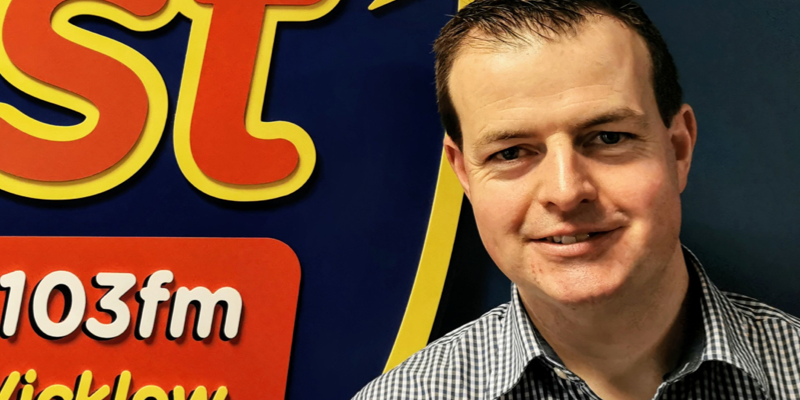 Jason Collins has become the presenter of a second weekend show at East Coast FM.

Jason will now present More Music Weekend from 2 – 6pm on Sunday afternoons. He has taken over the slot from Ryan O’Neill, who has moved to Saturday afternoons.

In 2018, Jason joined the Wicklow-based station as a cover presenter. He was appointed his first permanent programme at East Coast FM in February last year but soon began broadcasting from home in response to the COVID-19 pandemic.

Speaking about the new programme, Jason told RadioToday: “I was delighted to be offered the second show. I felt it was a vote of confidence in my abilities, especially considering how challenging things have been over the last twelve months.

“It’s been a tough year, but local radio has shone through it all and being a part of that has been gratifying. If people have ever wondered what part radio plays in life nowadays, I think it’s become wholly evident in these restricted times.”

While discussing the last year, Jason explained that he’s been broadcasting from home while juggling life as a stay-at-home father. He plans to “keep being upbeat and positive” on his new show and credits his colleagues for the uplifting station ethos.

“I think [the positive environment] stems from the top. Dave Harrington is a great programme director to work for. He’s always encouraging and has a wealth of experience to learn from.”

Jason began his radio career at Communicorp’s digital training station, FRQ.fm. From there, he progressed to 8Radio, LMFM and KFM.