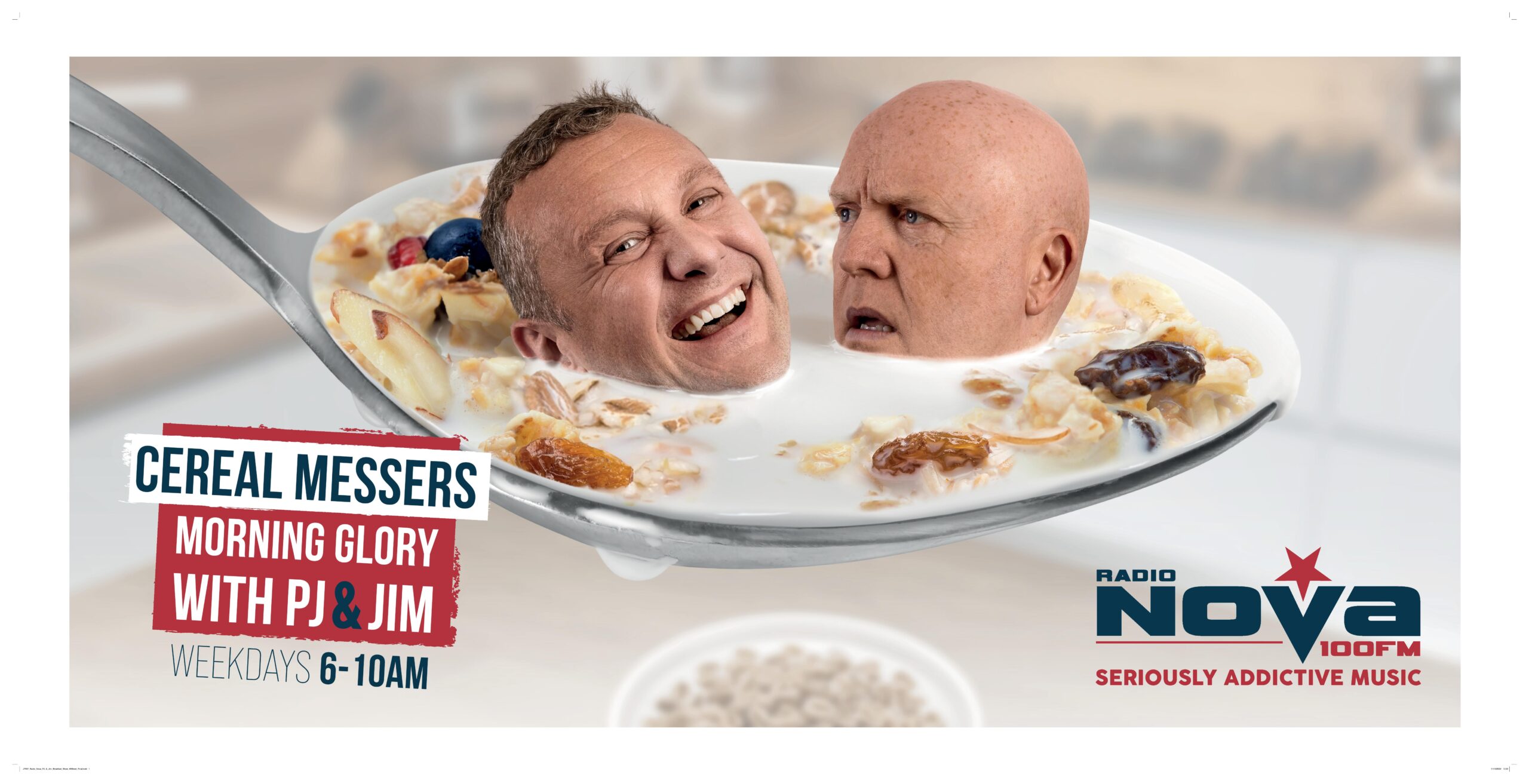 Radio Nova is to Invest €250k in a new marketing campaign with PJ Gallagher and Jim McCabe.

The new ads feature PJ Gallagher and Jim McCabe swimming in a bowl of cereal with the tagline ‘Cereal Messers’.

The creative was designed by marketing agency, Bloom with media planning carried out by Radio Nova’s in-house marketing team. The campaign hopes to promote the funny, quirky nature of the station’s breakfast show.

PJ & Jim said of the campaign: “It’s a real career highlight to be compared to a bowl of granola. Let’s face it, PJ has gone a bit nuts recently and Jim is looking more and more like a dried raisin each day. This is also the one and only time you’ll see us spoon… bar that one time PJ was really frightened!”

David Quinn of marketing agency Bloom said: “The thought process behind the campaign was pretty simple. PJ and Jim make people smile most mornings. They certainly make me smile and laugh out loud. We wanted to create a poster that would do the same thing.
Make people smile when they see it or laugh out loud. We also wanted to create an image that was a little surreal and that would make people do a double take. So we imagined them as a breakfast brand called Cereal Messers – which reflects the spirit of the show.” 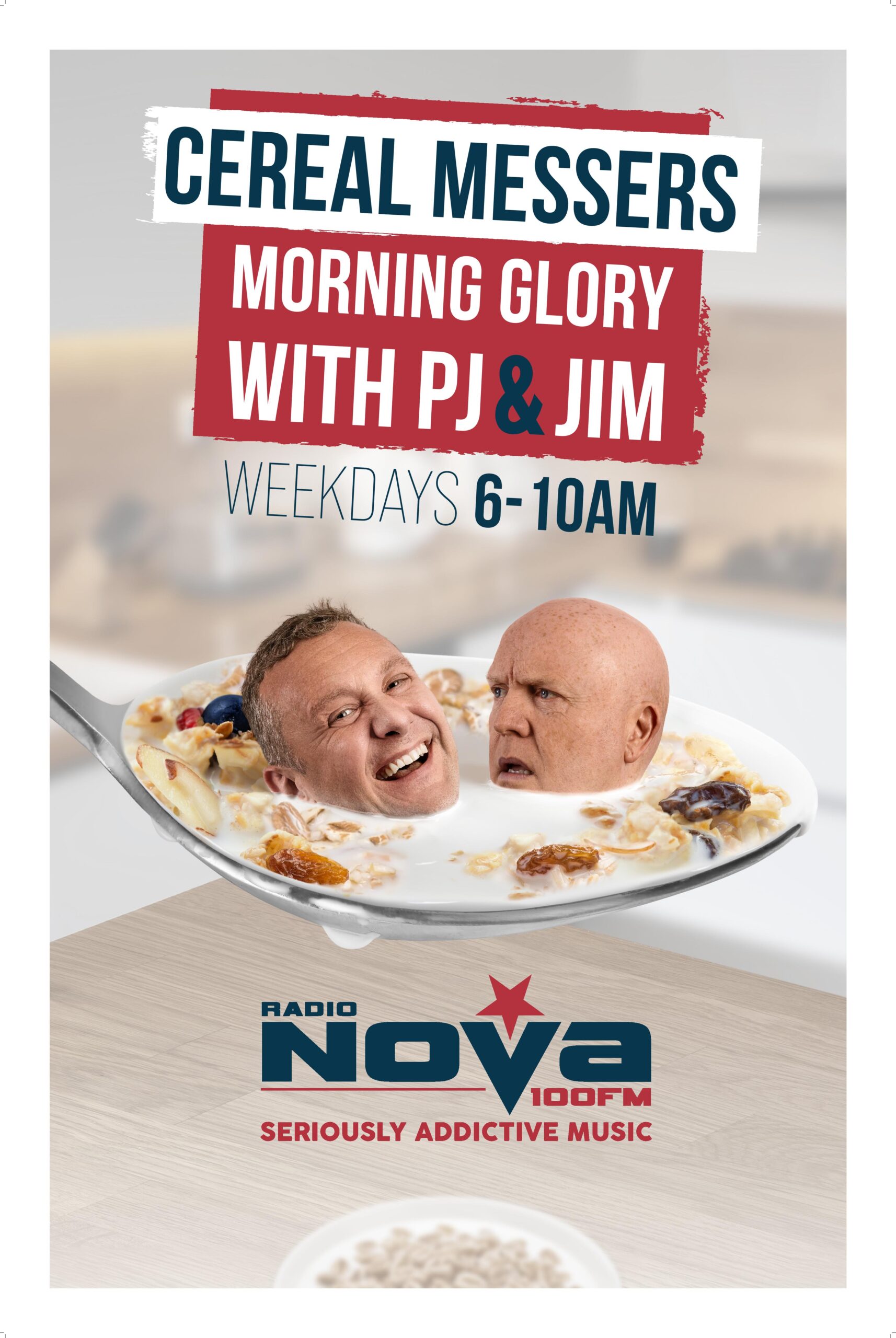 The campaign will consist of ‘always-on’ advertising spread across the year and will see an investment of approximately €250,000 by the Dublin station. The advert will appear on TV, cinema screens, print, transit (Dublin Bus) and bus shelters. Radio Nova will also launch a digital and social advertising campaign online.

CEO Kevin Branigan said: “We’ve planned a consistent, always-on, campaign that will run throughout 2023, showcasing ‘Morning Glory with PJ & Jim’ across multiple formats throughout Dublin city, county and commuter belt. The show is the embodiment of what Radio Nova represents – fun, relatability, irreverence and chockablock with Nova’s trademark seriously addictive music. It’s a show like no other and you’d want to be a stone to not find yourself experiencing belly laughs throughout the morning.”

The campaign sees Nova dealing with some of the largest providers of media in Ireland such as JC Decaux, Global, Pearl & Dean, DMG Media, AdTower, Wide Eye Outdoor and more, with PR handled by Aspire.

The appointment of Bloom Creative sees a continuation of Nova’s 12-year relationship with the creative agency.

“Bloom have understood our brand and objectives from the start and we’re delighted, once again, with the creative they’ve produced”, said Branigan.