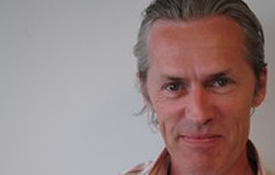 Radio presenter Brian McColl has started a new series of audio clips asking industry professionals how they got into radio.

The 98FM presenter tells RadioToday that the “How Did You Get Into Radio” series came about after he hosted a Radio Presenter Workshop in Belfast.

“Near the end I asked one person how he became a radio presenter and from there the stories flowed. I thought this would make a great feature, as I have always wondered who the person behind the mic really is and what they had to do in order to be where they are,” Brian said.

“So I asked a few people I know in Irish and UK radio to quickly tell their tales. And that’s Episode One!

“I have more stories already in the can for future episodes but would also be very interested in hearing from other radio people.

I’m rapidly discovering that even though we all work in the same industry, how we got there differs a lot.

Listen to the first edition below: