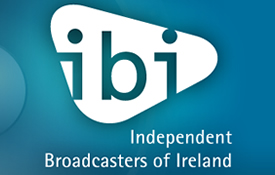 John Purcell, IBI Chairman, has called on the Minister for Communications to hold meetings with the Independent Broadcasters of Ireland and RTÉ.

Speaking at the annual IBI Broadcasting Conference in Dublin today, attended by representatives of Ireland’s 34 independent radio stations, Purcell said that the BAI report on funding of RTÉ which the Minister is due to receive shortly, cannot be viewed in isolation to the overall broadcasting landscape of the country, given that 67% of the radio market is owned by independent radio.

“RTÉ cannot be allowed to dominate the debate or monopolise the future. This has gone on for too long. What is essential is that the debate and decisions that are taken are grounded in what is best for Irish audiences and not just what is best for a single institution”.

"I'd be quite willing to participate in a forum which changes the media landscape", Minister for Comms Pat Rabbitte replies #ibiconf2013

“RTÉ cannot be allowed to dominate the debate or monopolise the future. This has gone on for too long. What is essential is that the debate and decisions that are taken are grounded in what is best for Irish audiences and not just what is best for a single institution. We must all have a viable future, Independents and RTÉ. Ultimately, this is about securing the future of a diverse broadcasting sector where the listening public are the real winners. We have a fantastic opportunity to show how public and private can work together to improve the services provided to the Irish public. But we need to have equal voices around the table and, together with the Minister, hammer out a sensible proposition on how the new broadcasting charge will be distributed.”

“RTÉ is permitted to operate in the best of all possible worlds. It has seen its commercial revenue decline, but it has the safety net of the license fee. It can operate on a ruthlessly competitive basis in the commercial sphere citing its commercial obligations to maximise its revenues, regardless of the impact on other sections of the media. It can claim to be a public service broadcaster on the one hand and shamelessly seek audiences by whatever means necessary on the other. We don’t expect to be treated the same, but we want to be treated equitably.”

Mr. Purcell said “There is no doubt that with a deficit in the order of €60 million, RTÉ is facing severe pressures. However those same pressures are felt by independent broadcasters who do not have the luxury of a licence fee to shore up operations. We are seeking change, but on a win-win basis with RTÉ. We all value the positive contribution of RTÉ to broadcasting and to Irish life in general and want to see the state broadcaster on a sustainable footing, but that should not be at the expense of independent broadcasters, who in just 25 years have won a unique place in the hearts of Irish radio listeners,” he said.

“Like RTÉ, independent broadcasters also need security. We are deeply encouraged by Minister Rabbitte’s openness to providing the financial recognition to all broadcasters engaged in public service broadcasting and I can assure him of the IBI’s support and willingness to engage in meaningful consultation under his chairmanship, to ensure a workable consensus is achieved.”