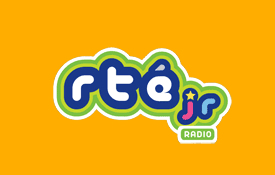 RTÉjr is to launch as its own channel across radio, television and online from April 15th, kicking off with a week-long takeover.

RTÉjr Radio will continue to broadcast via Digital Radio and the RTÉ Radio Player each day from 7am till 7pm then be replaced in the evening by TRTÉ for the 7-11 age group. It’s not known at this stage how it will affect RTÉ Chill as it currently shares a DAB channel.

On TV it will stop broadcasting on RTÉ Two and launch a separate channel.