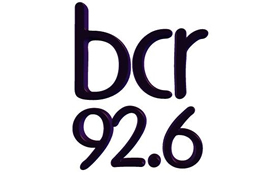 A community radio station in Limerick has closed after just two years of broadcasting due to financial difficulties.

Ballyhoura Community Radio used to broadcast at weekends on 92.6fm for the South Limerick area and online but posted a note on its website last month to say it was closing down immediately.

It is with deep regret that we must inform you that on Thursday 14th March the Board of Directors elected to close down Ballyhoura Community Radio effective immediately.

We would like to give our sincere thanks to all who have contributed to and been supportive of the station from those who have been by our side since it was just an idea all those years ago to our most recent recruits.

To the volunteers and staff thank you for your never ending dedication and enthusiasm. The quality of your work was outstanding and you should all be justifiably proud of what you achieved.

Until we meet again…

It was reported that six people were employed at BCRfm and there were around 40 volunteers and regular contributors.

Charlotte Grimley from Kilmallock was so upset by the closure of the station that she penned a letter to the Limerick Leader.

“In a time when we, as communities, have lost our voice, our jobs and we battle daily with the incessant negativity out there, the station offered new friendships, free, invaluable training to volunteers to use equipment, and a chance to reconnect with our community roots,” wrote Charlotte who began as a volunteer with the station in September 2011 and was also a co-presenter of The Ballyhoura View.