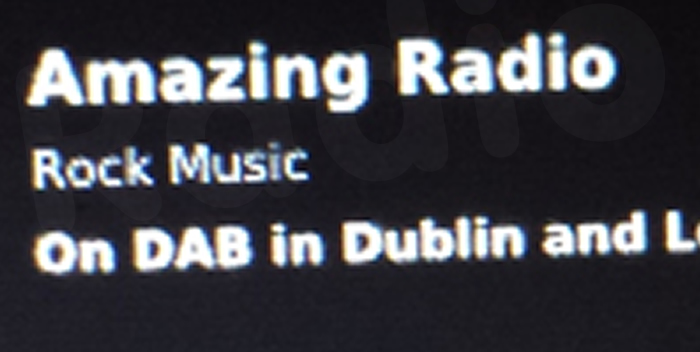 UK-based Amazing Radio has finally appeared on the DAB and DAB+ platform in Dublin, as part of its international expansion plans.

The station announced plans in May to launch in Ireland but has only just started transmitting on the terrestrial channel.

On the launch, Programme Director Matt Jamison told RadioToday: It’s fantastic to be bringing Amazing Radio to DAB in Dublin, a city with a thriving New Music scene and fantastic live venues. It’s a great fit for us and we’re delighted to be broadcasting in another of the world’s great cities.”

The station is also on DAB in London and available around the world online. Amazing Radio joins All 80s, Raidio Ri-Ra, Sunshine Radio and UCB, broadcasting to Dublin on DAB and DAB+ as part of dB Digital Broadcasting’s trial service. All of the stations will be also be available in Cork when the trial service begins broadcasting to the city later this summer.

Amazing Radio is now in its 4th year of operation, and until a year ago broadcast nationally in the UK.

More announcements are expected from the new music station later this year.