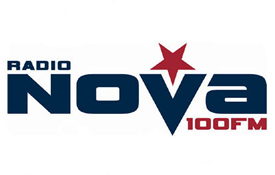 The radio channel features music and exclusive content from the major events being showcased by Vodafone Centre Stage such as Sea Sessions, Body & Soul, Live at the Marquee, the Vodafone Comedy Festival, Castlepalooza Music and Arts Festival and Electric Picnic.

Vodafone Centre Stage Radio is on Nova’s smartphone apps as well as on its website and gives Vodafone the ability to provide a continuous soundtrack to Centre Stage throughout the summer.

Dublin-based broadcaster, Radio Nova, announced a major investment in digital radio technology earlier this year; the launch of Vodafone Centre Stage Radio is the result of a collaboration between the radio station, Vodafone and its agency OMD.

“The merging of mobile and digital radio technologies with Nova’s burgeoning radio listenership creates a very exciting way for brands to engage with the general public in a way that hasn’t been possible up until now,” says Nova’s CEO Kevin Branigan.

“Vodafone Centre Stage Radio is the ultimate way for Vodafone to make its exclusive content – music, news, inside reviews, giveaways and general buzz around the festivals – available to a mass audience in a manner that they can control.”

Vodafone will invest more than €4m over the summer months in the Centre Stage online hub and sponsorship programme.

“Radio Nova’s ability to create branded digital radio channels in an environment where there is a sizeable listening audience is unique in Ireland and the value that can be delivered to brands is immense. Innovation through clever use of technology to enhance brand values is what media is all about and we’re delighted to have collaborated with Vodafone on this new channel”, says Branigan.

Vodafone Centre Stage Radio is available on Radio Nova’s smartphone apps, on the Nova.ie website and on all mobile radio apps.