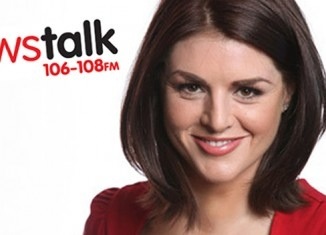 Newstalk’s Sile Seoige has said she is a big believer in things happening for a reason, ahead of her last show on the station yesterday.

And Sunshine 106.8 boss Joe Harrington has said he is interested in the former Newstalk host, saying she has a bright future.

Joe, speaking to Herald.ie said Shenanigans With Sile could work well on his station, and said he would welcome a chat with her.

“Sile has an instantly recognisable voice and a huge media profile which would be a boost for any broadcaster. She’s enjoyed great success, and to their credit, Newstalk have spent the last three years developing her talents for radio. She could easily make the move to a new station and bring her listeners with her,” he said.

“My advice to Sile would be to start a dialogue with other stations because she’s a very talented voice on Irish radio and has a bright future.”

Seoige said she is a “big believer in things happening for a reason” after being axed.

I've loved every second of it!
I've worked with some amazing people & have made friends for life.
And thanks to you guys for tuning in…

& making the show the success that it was. I'm really proud of it!
Excited about the future ?
Big believer in things happening for a reason!