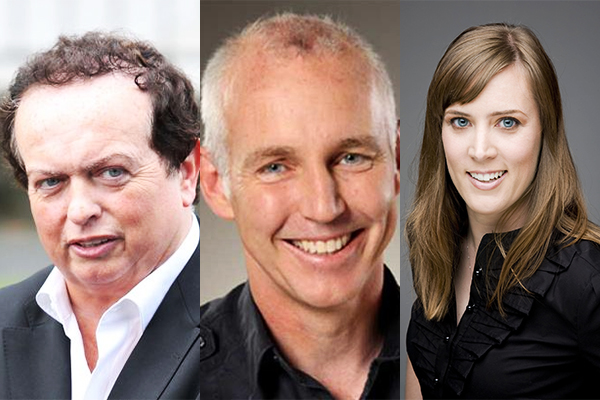 RTÉ Television GAA correspondent Marty Morrissey (pictured, left) is to take over Derek Mooney’s RTÉ Radio 1 slot on a temporary basis as producers plan how Ray D’arcy’s show will sound when he takes the reins in February.

Meanwhile on Today FM, Alison Curtis will be performing fill-in duties on D’arcy’s show until the station find a successor.

Derek Mooney, who was RTE’s seventh highest paid presenter in 2011, earning €220,000, will quit his show next month to take up a role as ‘wildlife executive’ for RTE television and radio.

RTÉ insiders told the Irish Mirror that they were happy that Marty was up for taking on the role for such a short period of time, adding that “Marty is delighted to be jumping into the hotseat. Obviously he knows it’s temporary because Ray will be coming in February, but everyone loves Marty!- he’s great craic and he has that personality everyone warms too. It’s never a dull place with him about, so he’ll be welcomed with open arms!”

Over at Marconi House,  Alison Curtis said it was a “strange day” as she took the helm of Today FM’s mid-morning slot on Monday, following Ray D’Arcy’s shock departure from the Communicorp station.

Reports in this week’s newspapers suggest D’Arcy could earn as much as €500,000 per year in his move back to the state broadcaster.

Today FM have already begun advertising to find his replacement: