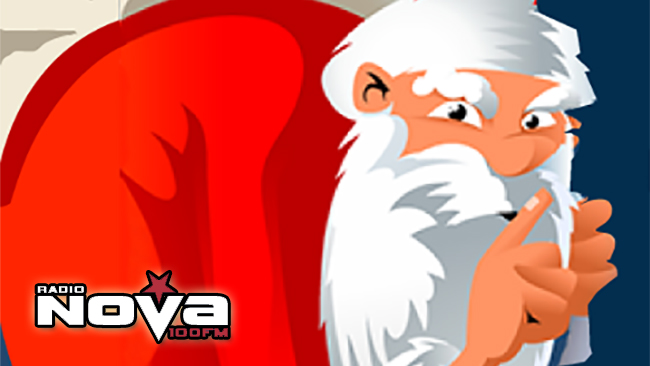 Radio NOVA’s Secret Santa has been caught for the 2nd time, within two weeks of the competition starting.

The station’s mystery character was caught at Terminal 1 at Dublin Airport during lunch time on Friday. She’s the second person to catch Secret Santa since the station’s cross-station festive promotion began two weeks ago.

The winner, Paula, walked away with over a weeks worth of prizes including a Marshall guitar amp and black Fender Stratocaster electric guitar from X Music, three courses of Vi–illume treatment from River Medical, two nights B&B and evening meal at the Radisson Blu Hotel in Athlone, a family photoshoot from Life of Reilly Photography, the ultimate Sam’s Barbers Gift Pack and an overnight stay for two, with breakfast, at Powerscourt Hotel Resort & Spa.

Paula told Morning Glory’s Marty Miller that she had been listening to the Secret Santa clues on Radio NOVA over the past few days, which subsequently led her to the Airport Paula’s hard work paid off at lunch time today when she found Secret Santa in Terminal 1, after asking numerous people the famous question “Are you the Radio NOVA Secret Santa”!

Secret Santa has returned for a third time this week with clues on-air after 8am each morning with Dee and Marty – and will now be carrying €5,000 in cash.

It’s the third year for NOVA to run the Secret Santa promotion, which is sponsored by The Loop at Dublin and Cork Airport.