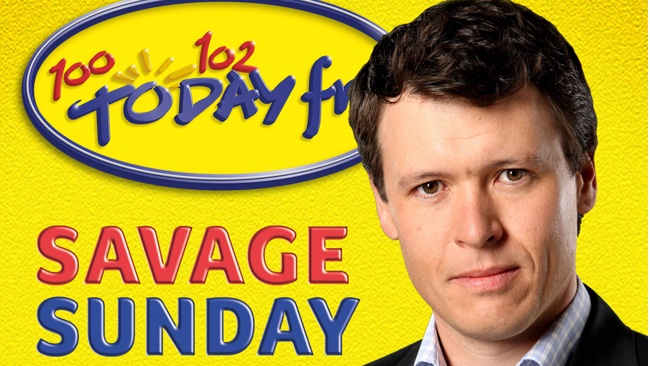 Anton Savage is Ray D’Arcy’s replacement on Today FM, taking over the 9am till midday show after Ray announced he was returning to RTÉ.

Anton has worked at the Communicorp station for many years, originally joining as a researcher when it launched. He’ll host his last Sunday show this weekend.

The Anton Savage Show will feature Irish and international guests, live music and, the station says, a new level of engagement with the station’s listeners and their views. It will also be sponsored by Toyota.

Anton said: “Today FM has an extremely loyal listenership, so it’s a great honour to be given the task of picking up the huge audience Ian hands over at nine. I’ve hosted in that time-slot before, so I think I’ve a sense of what the listeners want. It’s the start of something new and the team and I have big plans for this show. We want to hold onto as many of the current audience as possible and over time, welcome some new listeners into the Today FM family.”

Peter McPartlin, CEO of Today FM added “We’ve had great interest in this role and have spent the last couple of weeks assessing a shortlist of candidates who we believe will hold and attract a new national audience to mid mornings on Today FM. Anton has proven himself to be a highly versatile broadcaster and, most importantly, a firm favourite with our listeners.

Anton has presented The Ray D’Arcy Show, The Last Word and The Tubridy Show, as well as hosting The Sunday Business Show and ‘The Apprentice, you’re fired!’ on TV3. Since 2011, he’s hosted Savage Sunday from 11-1pm on Sundays and spent last year presenting the current affairs hour of Ireland AM and anchored the show during its transition to HD.

“I was sitting in the control room, way back when the station first went on air. I’ve had a great affection for this station ever since. It’s rare to find somewhere as creative and professional on air, that’s also so supportive, welcoming and fun off-air. We’ve great people working across our admin, sales and marketing and our shows, and on the new 9-12 slot we’re going to do our very best to make them proud,” Anton added.

Michael Gaynor, Head of Marketing at Toyota Ireland commented, “We are delighted to continue our association with the Today FM mid morning show and look forward to supporting Anton and his team as they bring the new programme to listeners in the coming months.”