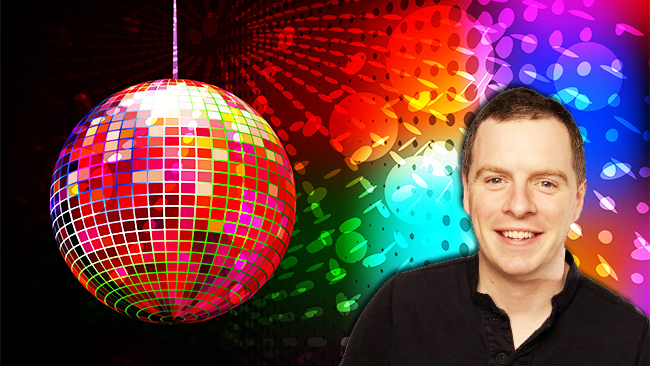 A radio documentary produced and presented by RTÉ’s Will Leahy is marking the 50th birthday of Irish disco, and can now be heard worldwide via podcast.

Speaking to Radio Today, the RTÉ 2FM weekend presenter said that the documentary, titled “From Dancehall Days to Boogie Nights: 50 Years of the Irish Disco”, is something he’s very proud of – and should be “of particular interest to anoraks everywhere!”.

Originally broadcast on RTÉ Radio 1 on New Year’s Day at 2pm, the programme relates the history of the Irish disco complete with colourful, fascinating details, charting its story from the “innocent” days of the 1960s, through to the “superclubs” and raves of later years, covering everything from the technology used to the influence of the Catholic Church. There is even talk – according to a recent newspaper report – of it being turned into a TV documentary.

This half-century spanning story of Irish disco is told through the contributions and memories or a large cast of participants and commentators, including DJs Danny Hughes and Christy Maye as well as fashion stylist and model-agency owner Celia Holman Lee.

Leahy says he was happy with how the documentary has turned out and he’s particularly delighted now that all musical rights have been cleared allowing RTÉ to put the programme online for all to hear, as he says he would “love for the anoraks of the world to hear it”.

The hour long “From Dancehall Days to Boogie Nights: 50 Years of the Irish Disco” can be heard here: