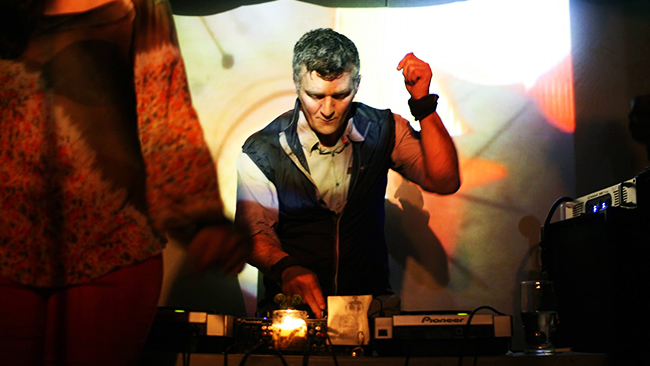 St. Patrick’s Day on 105.2 TXFM sees the return of a radio legend, as Donal Dineen takes to the Irish airwaves once again.

The Kerry man is best known as the presenter of ground-breaking music programmes such as No Disco, Here Comes The Night and Small Hours – shows through which he introduced listeners to artists like David Gray, Jape, Kila, Aphex Twin, Katie Kim and many, many more.

TXFM say they’re looking forward to hearing what musical treats he has in store when he takes to the airwaves on Tuesday 17th March from 10pm.

In recent years Donal has dipped his own toes into musical performance with Parish, a project involving Liam Ó Maonlaí, Niweli Tsumbu and a rolling roster of musical patrons. That is on top of his live DJ sets to packed venues, whether at Electric Picnic’s Body & Soul arena or Dublin clubs like Mother and Odessa, and his contributions to a multitude of music, film and visual events across the country.

Speaking of the latest feather in his cap Donal said: “I’m delighted to get the chance to return to the airwaves with TXFM on St Patrick’s Day. All airtime is precious and I’m going to use these three hours to showcase the array of talent that makes this a golden age in Irish music.”

Giving a hint as to what listeners can expect on Tuesday night he added: “Throughout the past year I’ve been storing up tunes in a hope chest waiting for a chance to broadcast them. This is the perfect opportunity to whittle that pile down. I’ll also be dropping the odd nugget for dancing feet from further afield mindful that the St Patrick’s Day party ain’t over ’till it’s over!”