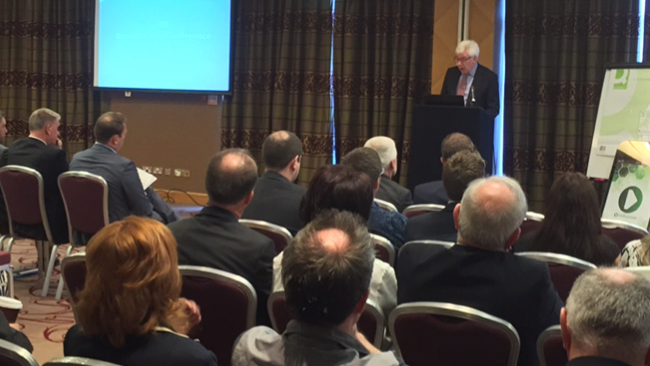 State funding for independent radio stations is still very much a live topic in parliament, Alex White TD has confirmed.

The Minister for Communications, Energy and Natural Resources was addressing delegates from the radio industry at the annual IBI Radio Conference in Dublin this morning.

IBI Chair John Purcell introduced the Minister reiterating the five year campaign to make the distribution of state funds more equal rather than all going to RTE. He also said 2FM should be a much younger station instead of competing directly with the majority of independent stations.

Alex White TD said he takes a close interest in what the IBI has to say and looks forward to further cabinet discussions, but confirmed he had no exciting announcements to make right now but talks are continuing.

#IBIRadio @AlexWhiteTD says radio in Ireland is unique and was proud to be part of the Irish Radioplayer yesterday http://t.co/KQ1dyfaW8N