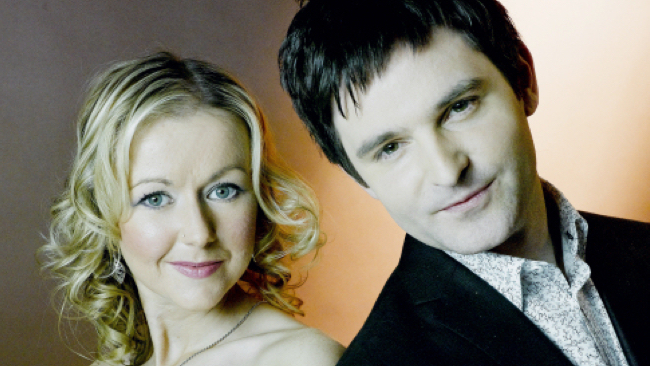 After 20 years at Bauer in Northern Ireland, Carl Kinsman and his wife Olga Kaye are moving to the growing Q Radio Network.

After 10 years as a mainline presenter and then almost another 10 years as a full time imaging producer for 97.4 Cool FM & Downtown Radio, Carl will be moving to the Q Network of stations based in Belfast as ‘Group Head of Station Sound. Carl says “I’m really looking forward to creating a whole new fresh sound to the station.”

Over the years at Cool, Carl presented evenings, drivetime and breakfast. He says: “I have enjoyed working for Cool & Downtown where I worked for five different head of programming people including the late Henry Owens. I’m thankful that during those times I was responsible for directing the on-air branding and quite a lot of the station sound. Since the late 90s, every station slogan, station voice and jingle package on Cool FM was my choice every time. I’m thankful for the respect I got in that area and for the chance to be so involved over the years while working for the company. Thanks to John Paul Ballentine (Jippo) and John Rosborough for letting me have a job!”

Carl continued to say: “I’d like to wish everyone all the best at Cool FM & Downtown Radio. I think Stuart Robinson and his very enthusiastic deputy PD David McCammond are doing a fantastic job there and alongside Paul Kennedy who will be looking after music and imaging at both stations. It’s been a fun 19 years for me with some really great memories and it’s time for change and I felt the time was right.”

We asked Carl about the plans for the Q Network, but remained tight lipped: “I’m looking forward to a new challenge as I always like to find new and innovative ways of doing things. This new role will allow me to use my best skills.

“I will be producing the station’s imaging which I believe is the soul of the radio station. Imaging can change exactly how the listener perceives the stations sound, age and image. I will also be looking after many other aspects of the stations sound too.”

Carl was previously on Atlantic 252 as Jo King and later as Jus’ Plain Jo’. He’s put together a montage of all the station voices / imaging over the years on Cool FM exclusively for RadioToday.