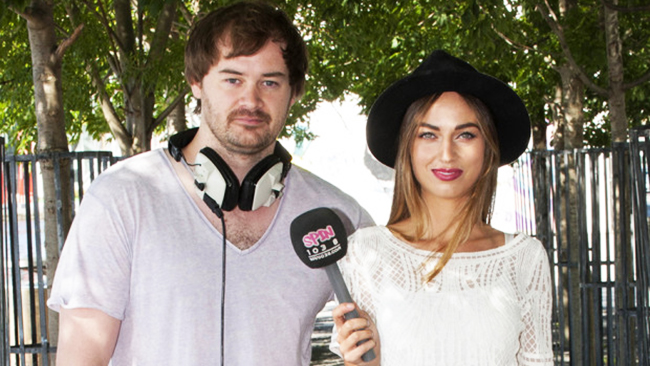 Cormac Moore and Daniella Moyles are to take over the breakfast show “Fully Charged” on Dublin’s Spin 1038… soon.

The pair have worked together for some time, having presented together on Communicorp’s online-only development station FRQ.fm before moving to iRadio in February 2014 to replace Chris and Ciara on “The Cracked i”, who themselves were moving to RTÉ 2FM.

They then returned to Spin 1038 last September to take over the Zoo Crew, after former hosts Brian Maher and Dara Quilty moved next door to 98FM.

Now, following the departure of Ryan and Tracy last week, the pair are poised to take over the breakfast slot soon.

Aside from his radio work, Cormac Moore is also a stand-up comedian who performs in various venues around the country and who has played support to the likes of David O’Doherty.

Outside of radio, Daniella Moyles is a model and is engaged to 98FM drive-time presenter Dara Quilty. She has also written travel articles for the Irish Independent – including a recently published one concerning a trip to Brazil.

Spin 1038 have not yet confirmed when the pair are to start on the breakfast show, but have simply said: “Keep an eye out for the all new Fully Charged with Cormac and Daniella coming soon”.