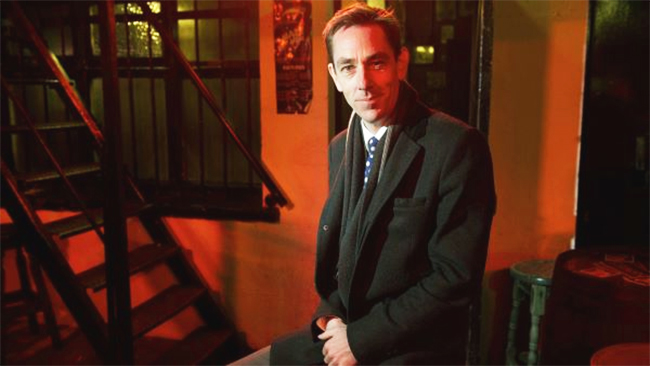 RTÉ has confirmed that Ryan Tubridy will join Radio 1 to present a new nine o’clock morning programme from Monday, 7 September.

Ryan rejoins the station after five years with 2fm; he previously presented The Tubridy Show on RTÉ Radio 1 between 2005 and 2010.

Ryan Tubridy says: “It’s with mixed emotions that I say goodbye to 2fm and hello again to Radio 1. The last few years have been spent building a loyal and engaged listenership thanks to the hardest working team in Irish radio; I am extremely grateful to them. The recent increase in listener numbers is down to the team and I will miss them as friends and colleagues on 2fm enormously. I would like to thank the listeners who texted, called and emailed every day and were so generous with the stories and experiences that made up the fabric of our show. Now, the story continues as I return to the Radio 1 world that I have always enjoyed and admired. It’s an increasingly competitive market, with 9am being the toughest slot of them all, but I’m up for the challenge and look forward to making quality radio for RTÉ Radio 1.”

Managing Director, RTÉ Radio, Jim Jennings said: “With Ryan’s strong performance in today’s radio listening figures, it is fantastic that he is returning to the Radio 1 morning schedule having contributed greatly to the ongoing recovery on 2fm. He will bring his great warmth, intelligence and personality to the station’s offering to its listeners. Ryan’s return to Radio 1 is a strong strategic statement about the Radio 1 schedule and will add to the programmes already delivering great audiences on the station.”

Head of RTÉ Radio 1, Tom McGuire says: “There will always be change and development in RTÉ Radio 1. The arrival of a new Ryan Tubridy Show to nine o’clock in the mornings is just another part of that. In a very competitive radio market it is brilliant to be able to call on someone of Ryan’s talent and stature to anchor a show that makes RTÉ Radio 1 the best, brightest and most interesting schedule on the air in Ireland every morning.”

Head of 2fm, Dan Healy says: “RTÉ is privileged to be working with so many talented people both on and off air. Because of this, we are afforded the opportunity to develop the radio stations from year to year. With Ryan having been the linchpin of 2fm, now is the appropriate time for him, on the back of recent very strong JNLR books, to go to Radio 1. Myself and all my colleagues would like to wish Ryan all the best with his new programme and are very grateful for all that he has done for 2fm.”

The Ryan Tubridy Show will air weekday mornings at 9am on RTÉ Radio 1, followed by Today with Sean O’Rourke. The show, which follow Morning Ireland, will replace John Murray’s programme. Ryan Tubridy will join RTÉ Radio 1 in September and his new show will start on Monday, 7 September.