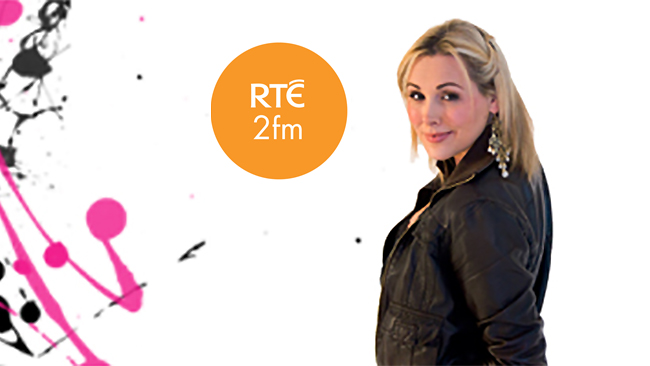 The news comes following the earlier announcement that Rick O’Shea – who Tracy is to replace on weekdays – is to move to the weekend schedule. Her new programme will follow The Nicky Byrne Show with Jenny Greene to present her afternoon show and then pass over to Eoghan McDermott who now presents Drive.

Tracy joins 2fm after recently leaving her popular Spin 1038 show, Fully Charged with Ryan and Tracy, which was later taken over by Cormac Moore & Daniella Moyles.

Head of 2fm, Dan Healy said: “Tracy Clifford has been a household name for younger audiences in Dublin, having been part of an extremely successful breakfast show. Large audiences are already familiar with her humour, passion for music and her journalistic skills, and now with her national radio station debut, the rest of you are about to get a blast of the Tracy Clifford magic. It’s an exciting period for both Tracy and our listeners.”

Commenting on her new role, Tracy Clifford said: “Growing up, 2fm was always the station on in the car. I actually think that is where my interest and love of radio started at a young age. So for me now to say that it’s my new radio home is such a surreal but unbelievably exciting moment. It is an honour to follow in the footsteps of my radio heroes. I cannot wait to get cracking.”

Tracy has worked in all areas of radio since she was a teenager. she trained as a news journalist in college before taking up a job at East Coast FM as a news broadcaster. From there she went on to produce and co-present The Morning Show with Declan Meehan where she interviewed everyone from politicians to pop stars. During her tenure, she broadcasted on a number of special items including the 2004 Indian Ocean tsunami, Hurricane Katrina and the London bombings.

Tracy then became Head of News at Spin 1038 where she trained many of the station’s news journalists. Eventually, Tracy got a taste for breakfast radio and in 2008 Fully Charged with Ryan and Tracy was launched. The show was the number two breakfast show in Dublin.

Over the past decade, Tracy has had a successful and varied career: from broadcasting live at festivals and events to working in news and devising social media strategies.

One of Tracy’s big loves is dance music and she recently presented and produced a weekly dance show on Spin 1038, The Saturday Night Takeover, which was extended into a three hour show after massive jumps in the weekend JNLR figures.

Tracy will start her new show on RTÉ 2fm in September.

RTÉ 2fm say they will make even further schedule announcement in the coming weeks.