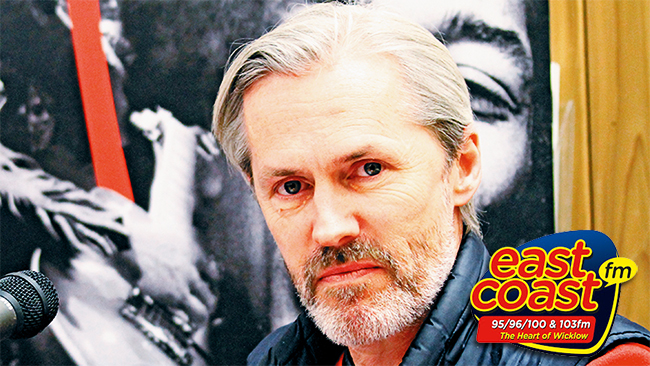 Nails Mahoney – formerly known as Brian McColl – has left rock station Q107 in Toronto, Canada, and returned home to Ireland – where he can be heard on FM once again this week.

The former Atlantic 252, RTÉ 2FM, Classic Hits 4FM and 98FM star will be back on the Irish airwaves this week on Wicklow’s East Coast FM.

In the past few days, he posted videos on his Facebook page hinting that he may be hosting with the station, and now – all this week – he’ll be filling in for Tommy Greene on East Coast Lunch from mid-day to 4pm.

Speaking to RadioToday this morning, he said that he’s happy to be home with his family again, delighted with how things are going at the moment and is excited about the future.

He also told us that, while he’s in no rush, he is considering other possibilities which are open to him, both back in Canada and “in sunnier climes too!”.

Regarding getting back to work and back on-air, he added:

“It may sound like radio BS, but I’m not really going to just jump at anything that comes along… I’d rather be happy and content in work. Hence, my main thing now is that I’m only working for people I like and in places I like!”.

He was particularly complimentary with regards to East Coast FM and their programme director Mark Robinson, saying it’s a “great station with a good format and a great PD who gives you room to be creative!”.