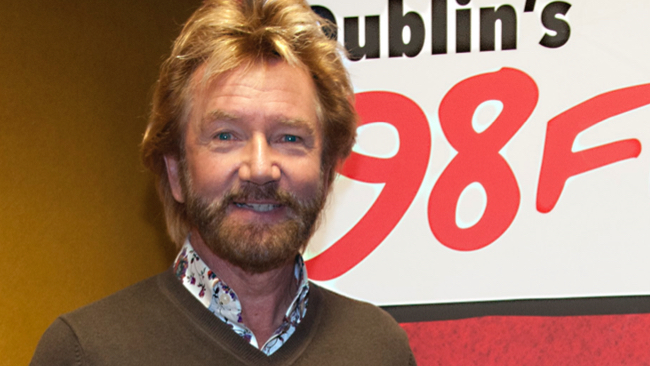 Noel Edmonds shows up for the Naked Breakfast

The annual event included a live edition of Deal or No Deal, and completely live guests, adverts, jingles and more. Even voice-over Dave Foxx flew over from New York to be part of it.

Other special guests were Rachel Stevens, Una Foden, Dublin footballers Michael Darragh MacAuley and Cian O’Sullivan and Dustin the Turkey along with a crowd of 1000 invited guests and listeners.

Commenting on The Naked Breakfast, CEO of 98FM Keith McCormack said, “We were delighted to bring back our award winning show again this year. The Naked Breakfast is a fantastic showcase for the station, highlighting the unique creative talent of the team behind it. We are so proud of the show and the team – another fantastic 98FM event enjoyed by all.”

Brand partners who got involved were Argos, Seat, Vodafone, and Club Orange, with Vodafone giving away a prize of €1000 to one lucky winner who had to kiss the Mistletoe Man under the mistletoe.

See highlights of the show here.