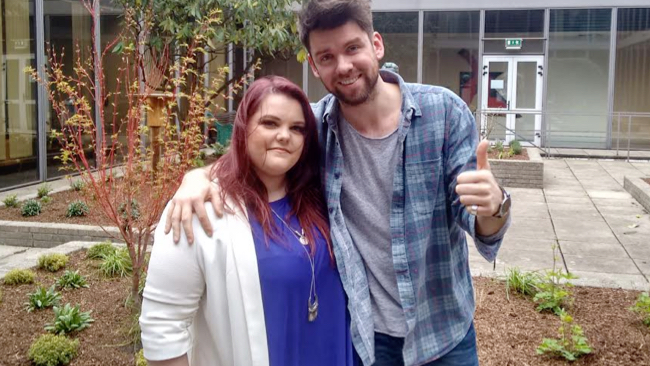 The first contestant taking part in this year’s series of The Taste of Success has been chosen on The Eoghan McDermott Show.

The RTÉ 2fm show has been running a competition for the last two weeks offering one of their listeners the chance to bypass this year’s nationwide search for contestants and go straight into the first round of this year’s The Taste of Success.

Nikki Cogley from Kilcannon, Enniscorthy in Co Wexford was revealed live on air as the lucky amateur chef who now has a one-in-16 chance of winning a prize worth €100,000 and having their product on the shelves of 145 Lidl stores nationwide.

The 26-year-old dentist’s receptionist impressed with her “Inside-Out” cheeseburger, a recipe she developed when she was attempting to sneak vegetables into a home-made burger she was making for her nephew. Nikki has been tweaking the recipe since then for both flavour and aesthetics and the effort has clearly paid off.

She will now go forward to take part in The Taste of Success this summer, competing for a place at the Leinster round of the show, where new mentor Roz Purcell will select her two favourite dishes to take forward to the next stage.

Eoghan McDermott said “We had loads of amazing entries and I love both savoury and sweet foods, so it was very hard to choose the winning dish. But Nikki’s delicious “Inside-Out” cheeseburger stood out for me and I really believe that this could win The Taste of Success”.