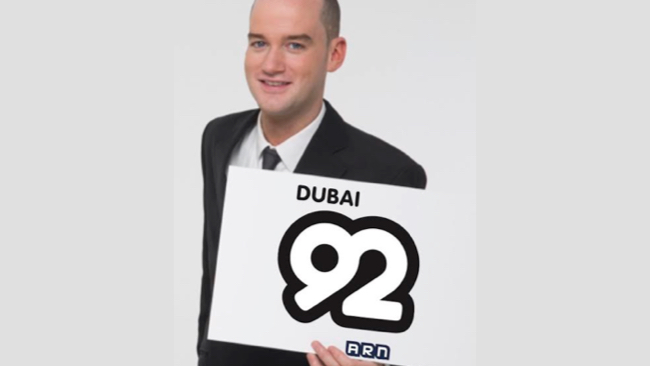 Promotion for John Hayes at Dubai 92 in the UAE

Arabian Radio Network has announced the appointment of John Hayes as Deputy Program Director at their heritage station, Dubai 92.

John has been producer on the longest running breakfast show in the United Arab Emirates, for the past 17 months, having moved from a weekend show at the station.

He has worked at UTV’s Live 95FM in Limerick, as well as SPIN South West, as well as a host of community based radio projects.

He will continue to host Mornings with Jono on the station, while working on the company’s online platforms, music policy and promotions.

Arabian Radio Network recently launched all 9 of their terrestrial stations on the OSN Television platform, broadcasting across the Middle East to OSN subscribers. They have have also introduced 7 new digital stations in 3 languages to their growing portfolio.

Speaking about the move, John commented: “The radio industry in the UAE is an exciting market, it is a lifeline for the thousands of expats who call this country home. I’m truly excited to take this position just as we have launched two new online stations, 92 Rock and 92 Smooth. Our team has built the brands from the ground up, and it’s been a creative learning curve. I’m looking forward to overseeing the advances which will keep us at the top of a challenging and changing industry in the Middle East”.