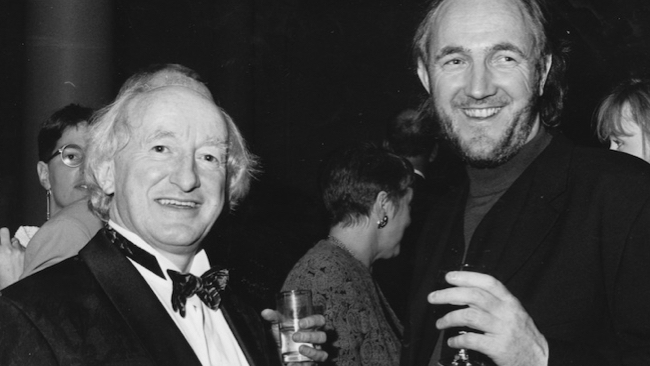 In this series, Joe delves into hours of archived tape from in-depth interviews he has conducted over the years, beginning with a 1993 interview with Uachtarán na hÉireann, Michael D. Higgins, who was then the Minister for Arts, Culture and the Gaeltacht (pictured above with Joe).

The series will continue on a weekly run throughout September and will feature interviews from the archives with very well-known public figures, musicians, actors and television personalities.