Newstalk to play cupid at the Electric Picnic 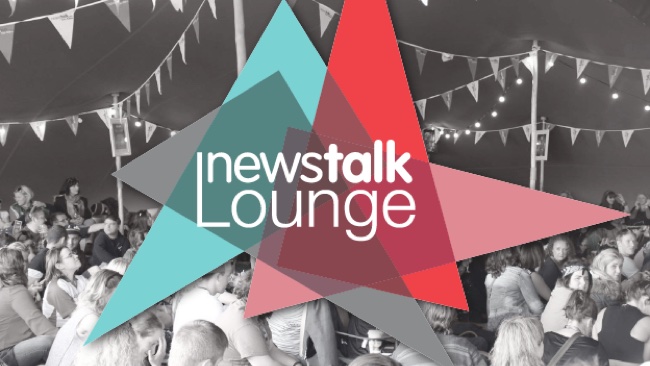 The full line-up for the Newstalk Lounge at Electric Picnic 2016 will include Love at First Festival – where Henry McKean plays cupid as he pairs up prospective couples.

The Newstalk Lounge will be located in the Mindfield Arena and over the course of the three days this weekend the station will put on a series of panel discussions, interviews, debates and entertainment shows.

Newstalk’s Henry McKean will host Love at First Festival, where he will play cupid, pairing prospective couples up for a romantic festival date. The station is also popping in a healthy dose of nostalgia with panel quiz show What a Load of Buzzcocks hosted by Richard Chambers and George Hook’s Play Your Cards Right.

The schedule includes some of the new faces to the Newstalk line-up, including Have I Got Newstalk for You with Paul Williams and Shane Coleman on Saturday afternoon, and a topical panel debate on the 8th Amendment hosted by new drivetime co-host Sarah McInerney on Saturday night. Alan Quinlan, new Newstalk breakfast show sports anchor will also make an appearance at the festival, hosting a discussion in association with Pieta House on mental health in sport on Sunday evening.

The Off The Ball team, including recent addition Kevin Kilbane, will play host to a number of famous sporting faces over the weekend, with Lar Corbett and Eoin Kelly joining the panel on Friday for a hurling final preview and a Saturday Panel with Brian O’Driscoll & Danny O’Reilly from The Coronas. Bobby Kerr will host a special Down To Business with Irish Rugby Captain Jamie Heaslip.

The Hardy Bucks’ Francis “the Viper” Higgins is joining the Newstalk team for the weekend and will be sharing live news reports from around the festival exclusively on Newstalk.com.

A number of other radio stations will also be covering the music and arts festival, including 2fm which will be live from the event at various times throughout the weekend.