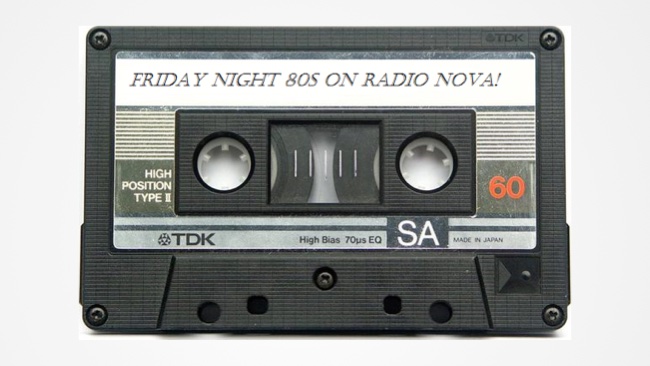 “The 80s was such a great decade for music and ranks in polls as the most favourite music decade of the past 50 years. There are so many great songs to play from NOVA’s bank of artists. I’m really looking forward to getting in for the first show on September 9th. We’ll have three hours of stonking NOVA tunes every week, with a few surprises thrown in too!”, says Tim Kelly.

“I’m really pleased to welcome Tim Kelly and Friday Night 80s to NOVA – we play a broad mix of great guitar music from the 1960s through to today but our listeners particularly love the 80s. Friday Night 80s will be the perfect show to kick off the weekend on Radio NOVA”, said CEO/Programme Director Kevin Branigan.

Friday Night 80s will be sponsored by Bruxelles bar.