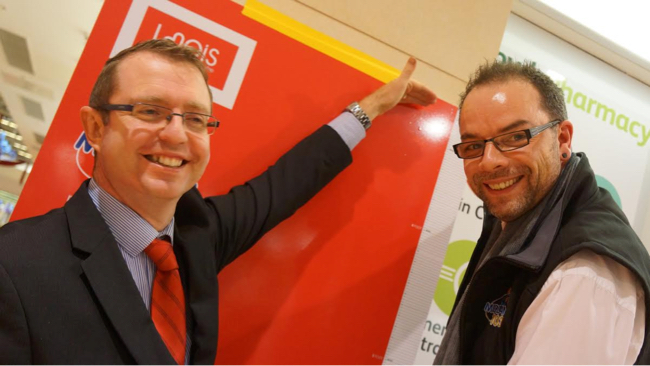 Midlands 103 listeners get their height in cash

Local radio station Midlands 103 had a narrow escape when a 6’6” listener was pipped at the finish of their ‘Win your height in cash’ promotion.

The competition was themed on the year 1991, in celebration of the shopping centre’s 25th birthday, and the winners survived five rounds of elimination based on music, movies and the key events of that year. Martin Daniels from Kilbeggan, County Westmeath, clocks in at 5’8” while Jason Conroy from Portlaoise stands at almost 6’2”. Between them, they collected over €3,200 in two euro coins.

“Big Jim had us worried”, admits Will Faulkner, Tindle Radio’s Group Programme Director. “The contestants were split into teams from the 90s – Boyz II Men, The Vanilla Ices, REM and so on – and the tallest group went all the way to the end. The tallest man in the competition almost won and the accountant nearly had a coronary!”