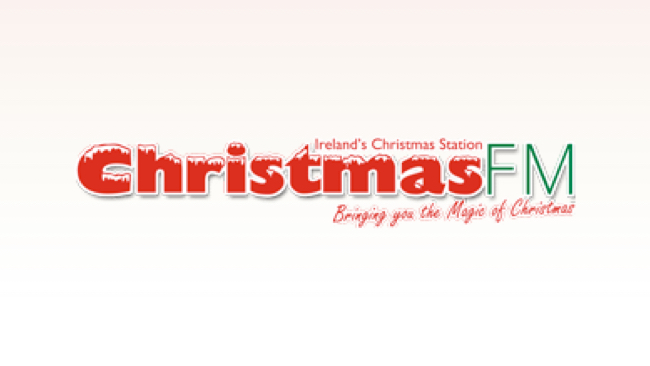 Christmas FM has exceeded all previous fundraising targets by raising over €360,000 for this year’s charity partner Focus Ireland.

The fund will directly support over 300 families out of homelessness this year.

The 2016 fundraising figure brings to €1.25 million, the amount of funds the radio station has raised for charities since its inception in 2008. Previous charity partners have included ISPCC, Barnardos, Simon, Age Action, Aware and Make-A-Wish Ireland.

Garvan Rigby, co-founder of Christmas FM, told RadioToday: “We are delighted with the success of this year’s fundraising campaign and would like to thank everyone who helped to make this possible – our generous and loyal listeners, this year’s on-air sponsors An Post, Tesco and Cadbury, the Ballsbridge Hotel who once again provided us with a home for our radio studio, and all the volunteers involved in the day to day running of the station. We are absolutely thrilled with the figure raised and have surpassed all previous years’ donations! We would like to thank all our loyal listeners for tuning in and donating so generously to this year’s chosen charity, Focus Ireland.”

Speaking about the fundraising campaign, Sinead Price, co-director of fundraising at Focus Ireland, said: “I would like to sincerely thank everyone at Christmas FM and the station’s loyal listeners who showed incredible support for our work to fight homelessness by raising over €360,000. The money raised exceeded all of our expectations and highlights the great work of the volunteers at Christmas FM and the amazing generosity of the public who dug deep to help us reach our goal to support over 300 families out of homelessness. This is a wonderful achievement and will change the lives of hundreds of families and children who can now escape the nightmare of homelessness and look forward to a more positive future in their own home, we are so thankful to Christmas FM, the BAI and to the public for their overwhelming support.”

The Broadcasting Authority of Ireland grants Christmas FM its annual 30-day temporary sound broadcasting which enables the station to broadcast on a range of frequencies throughout the country.

The BAI’s Chief Executive Michael O’Keeffe: “On behalf of the BAI, I would like to congratulate the team at Christmas FM and its listeners for an outstanding fundraising result for Focus Ireland. The annual temporary licence for Christmas FM is immensely popular with listeners and once again its charitable campaign has been a great success in 2016.”

Christmas FM is entirely funded through sponsorship and run each year by more than 100 volunteers who participate across the on-air production and promotion of the station, each devoting between 20 and 50 hours of their time.

Christmas FM’s 2016 on-air sponsors were An Post, Tesco Ireland and Cadbury. For the fourth year, Christmas FM was broadcast from the Ballsbridge Hotel, Dublin who kindly gave the studio space for free.