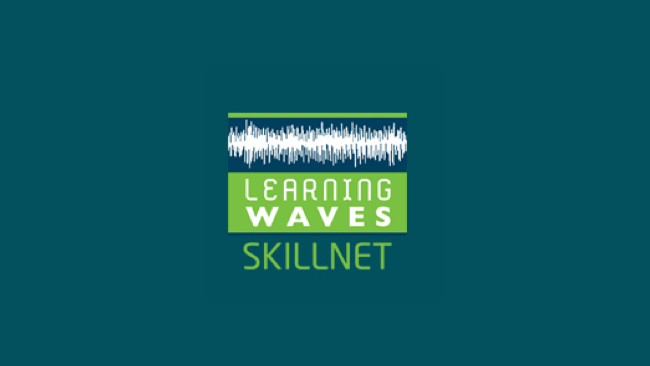 Lena Murphy is taking over from Nessa McGann as Chairperson of Learning Waves Skillnet.

Lena was elected Chairperson at the organisation’s board meeting on Tuesday 16th May 2017 and will lead the network into its 14th year as the training body for the Independent Commercial Radio Sector in Ireland.

Murphy, is the Financial Director for Beat 102-103 & WLR FM in Waterford and is a first class honours business graduate of Waterford Institute of Technology. She previously worked as an Audit Manager with PriceWaterhouseCoopers before making the move to the radio industry.

The Carlow native joined the Broadcast Centre in Waterford City in 2009 as Financial Controller at the two stations. Lena has also been Acting CEO at Beat 102-103. Lena joined the board of Learning Waves Skillnet in 2010 and has held the position of Treasurer since 2012.

Speaking about her appointment as Chairperson, Murphy said: “I am honoured to be elected Chairperson of Learning Waves. The organisation is continually offering new and innovative training to the industry and I look forward to being involved in the exciting training opportunities for the independent radio sector in the year ahead”.

The theme of the AGM was about ‘Securing Radio’s Future’ and how Learning Waves Skillnet as the training body for the industry through its training and workshop initiatives can help secure a bright future for the sector.