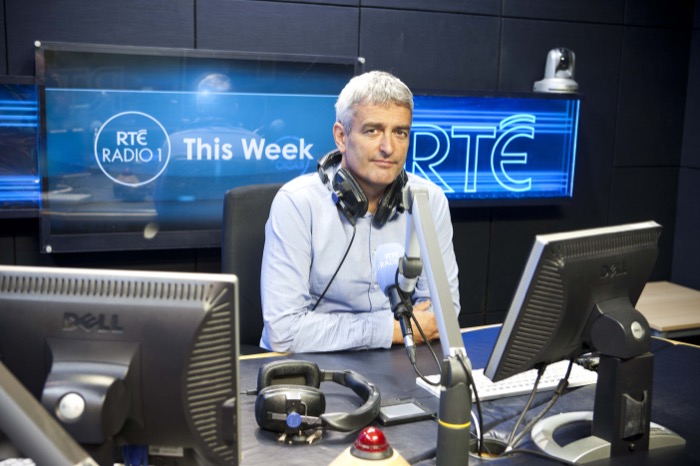 David McCullagh to present This Week on RTÉ Radio 1

As the news radio programme begins its 50th year of broadcasting, new anchor David McCullagh will be joined by Carole Coleman and Justin McCarthy on-air, on Sundays at 1pm on RTÉ Radio 1. The programme will also see investigative journalist John Burke at the helm as newly appointed programme editor.

As one of Ireland’s longest running radio programmes, This Week is one of the Top 20 most listened to radio programmes in Ireland with 197,000 tuning in every week. Previous presenters of the programme include Gerald Barry, Sean O’Rourke, Richard Crowley and Gavin Jennings as well as most recently Colm Ó Mongain and Brian Dowling.

Dubliner David McCullagh previously worked on This Week after joining RTÉ in 1993. He went on to be RTÉ News Political Correspondent for 12 years before joining Prime Time in 2013.

David will continue in his role as a presenter of Prime Time on Tuesday and Thursday nights.

Jon Williams, RTÉ Director of News & Current Affairs said: “In November, This Week will celebrate half a century of breaking news and agenda-setting journalism. Now, 50 years after Mike Burns and Sean Duignan presented the first edition, I’m delighted that David McCullagh is returning to This Week to anchor the programme through its anniversary season joined by Carole Coleman and Justin McCarthy.”

Earlier this year, the This Week team won a Law Society Justice Media Award for an investigation and analysis into under-resourcing of GSOC, – the judges praising its “detailed investigative reporting, bringing previously unpublished information to the public attention and providing incisive analysis of the difficulties involved”.