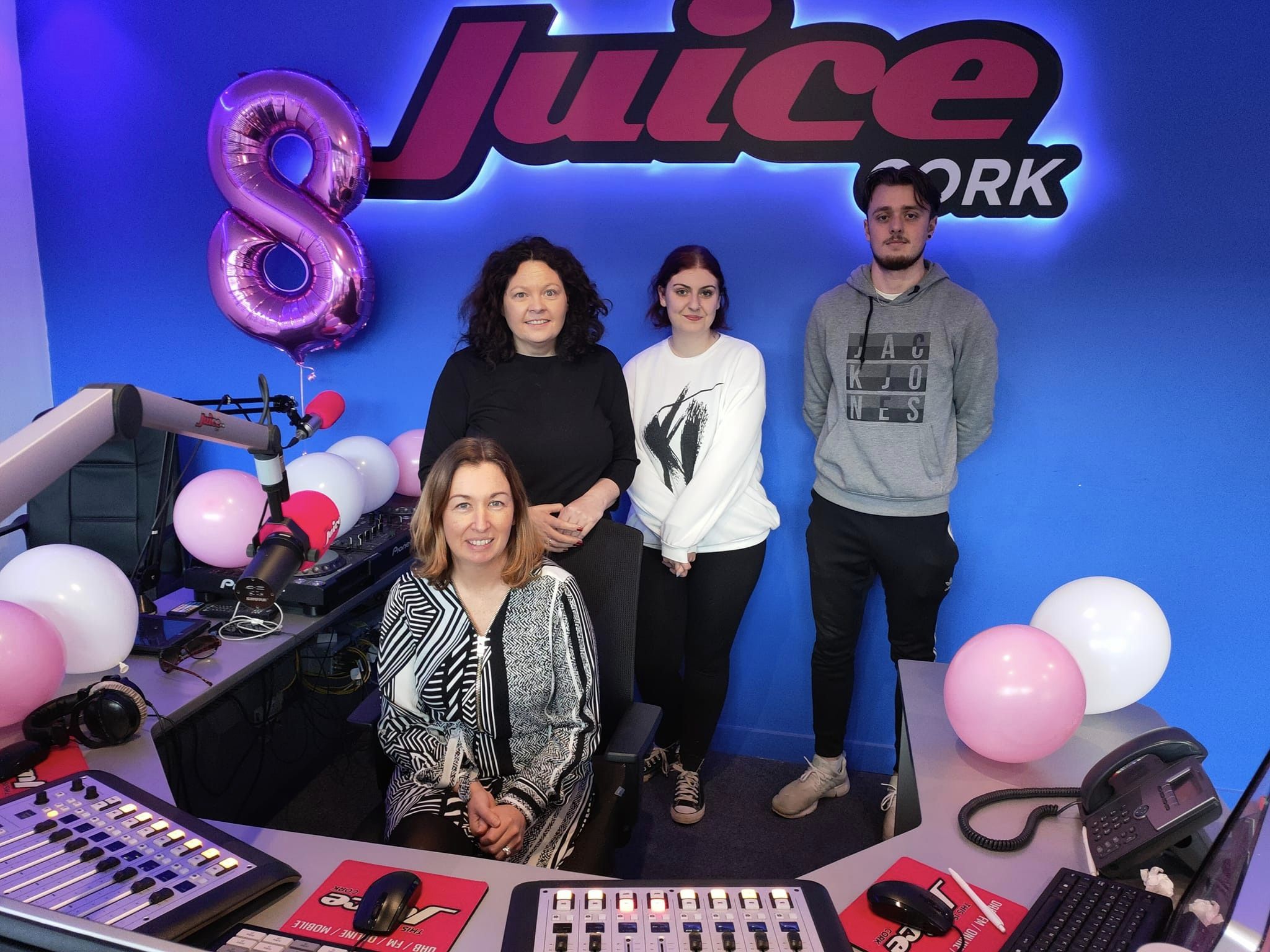 The station has been on the air since 2014 when a state-of-the-art digital radio studio was built at the Cork College of FET – Tramore Road Campus.

The college offers one and two-year-long radio broadcasting courses – and has done so for more than twenty years.

In that time many well-known radio personalities, across the county and country, have honed their skills at the college including 96FM’s Simon Murdoch, Pearse McCarthy, Katie O’Keeffe, Emmet Dunlea and Darren Johnston; RedFM’s Ruairí O’Hagan, Jamie O’Hara and Ciara Revins and Radio Kerry’s Andrew Morrissey.

To celebrate the station’s birthday, many of these household names will recall their memories of their time studying at the college to this year’s second year radio broadcasting students, who are presenting their live weekly radio shows from the Juice FM Cork studios in the Cork College of FET- Tramore Road Campus between 8am and 9pm.

Our Freshly Squeezed Breakfast Show gets the day underway with @damiensreenan, @ColmLougheed1 and Bertie! pic.twitter.com/CYhj6U9exa

The Radio Broadcasting courses, which were established and then run by Mr O’Neill at the Cork College of FET – Tramore Road Campus and through the Cork ETB, have been in existence for the past 20 years. He says that he “hopes the young budding presenters on Juice FM Cork today will follow in the footsteps of those names who have gone before them”.

Before the new radio station was launched in 2014, the student station at the college was originally called CSN FM. Nowadays, Juice FM Cork, broadcasts on 88.7fm across the city every Thursday and is available online every hour of the year.