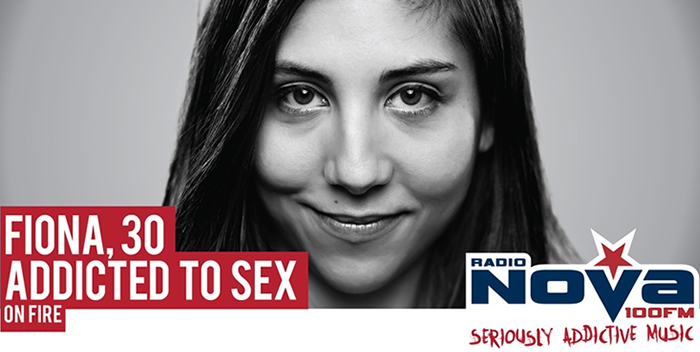 The annual awards, run by the Institute of Creative Advertising and Design, encourage the highest possible standards in every field of creative advertising.

Nova’s advertising won the accolade for one of its recent outdoor campaigns, which featured on billboards throughout Dublin, Wicklow, Kildare and Meath. The campaign, created by Dublin Creative Agency, Bloom, played on the station’s ‘Seriously Addictive Music’ slogan and featured listeners who were addicted to the station’s music in the most unusual ways.

The campaign featured Fiona, who was reportedly ‘Addicted to Sex on Fire’, has now been officially recognised at the highest level in Ireland as the most creative outdoor poster campaign of 2012.

Nova’s creative was judged against that of other major brands including Powers Whiskey, Digicel and Dublin City Council.

Other listeners featured included Mark, Addicted to Money (by Pink Floyd), Brian, Addicted to Brown Sugar (by the Rolling Stones) and Ciara, Addicted to Whiskey in the Jar.

“We’re absolutely delighted with this. We try hard to have clear, quirky messages that deliver an impact. To have our work recognised in this way is wonderful”, said Nova’s CEO, Kevin Branigan.

Radio Nova broadcasts to Dublin city, county and commuter belt, including parts of Wicklow, Kildare and Meath, on 100.3, 100.5 and 95.7 FM. It employs a team of 35 at its base in the Dublin docklands.