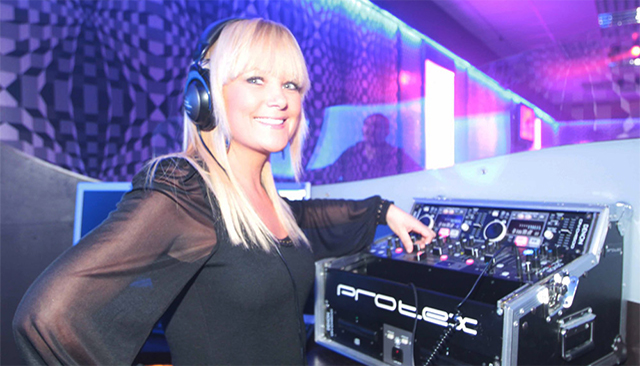 Spin 1038 star Nikki Hayes has opened up about her mental health issues in a frank interview with Dublin-based newspaper The Herald.

Speaking to the Herald’s Jason Kennedy, the 35-year-old presenter spoke about two attempts she made to end her life while she was in her teens, saying that talking to people about her mental health issues has saved her.

For the past 19 years, she’s battled personal body issues and anxiety, leading her to develop anorexia. She told the paper: “I was never happy with my looks and would go up and down in weight. Talking at the time would have been the thing to do, but it just wasn’t part of the plan.”

After her first suicide attempt, she went to her parents and received counselling and medication. Despite wanting to get into radio, she ended up studying law – which she hated – and not long into her studies she began to feel lost and her past issues began to resurface leading to her making a second attempt to end her life, aged just 19.

She adds: “It’s hard to explain how you feel. I just couldn’t see beyond that moment.I had just had enough. Had I not been found by the people I was living with, I probably wouldn’t be here”.

Nikki’s own radio career hasn’t been without its traumatic episodes;- she was said to be left “in an emotional state on the steps of the radio building” after being dumped by RTÉ 2fm in a 2010 schedule shakeup.

During her time with the national broadcaster she had to take time off when she was hospitalised after picking up a mystery bug during 2009, and when she was publicly assaulted while DJing in a hotel in Temple Bar in April 2008.

Things have improved for Nikki since, however. She’s engaged to soldier Frank Black, with whom she had baby Farrah in 2013. Speaking of her daughter, she says: “Every time I look at her, I think ‘I want you to be everything that I wasn’t’. I want her to be confident. I want her to love herself”.

She is encouraging people with suicidal thoughts to check out Turn the Tide on Suicide’s (3Ts) online self help library.