RTÉ’s Claire Byrne to speak at Women on Air event 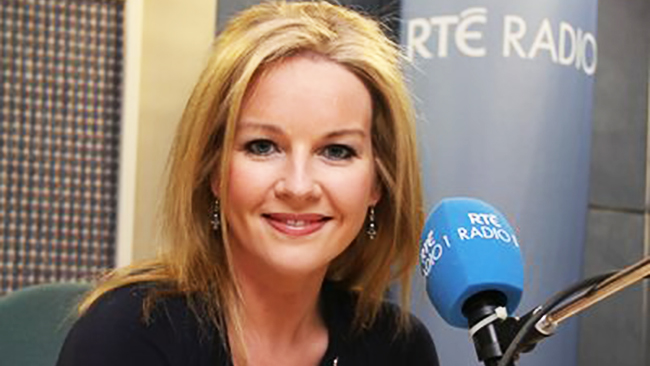 Women on Air has announced its first event for 2015, and it features an appearance by Claire Byrne of RTÉ Radio and TV.

Women on Air is a voluntary group whose aim is to get more women on the airwaves in Ireland. At the event in the Radisson on Golden Lane in Dublin 8 on Wednesday March 4th, Claire Byrne is expected to give her own unique insights on the broadcast industry and her own successes in it.

Host of her own eponymous RTÉ TV show ‘Claire Byrne Live’ on Monday nights, she is equally busy with her Saturday RTÉ Radio One programme – which was recently announced to be seeking sponsorship.

Also at the event, the group will be hosting a panel on branding, PR, mentoring and issues surrounding getting your message across, and they’ll be updating attendees on all the behind-the-scenes activity at Women on Air, which they say are exciting and progressive.

The event, which is in an upstairs meeting room in the Radisson Blu hotel, starts at 7.30 pm sharp and tickets – which will be limited, but cost only €8 – are available via the WomenOnAir.ie web site.