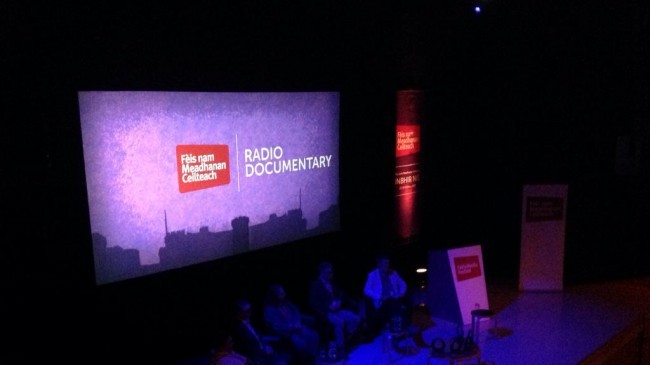 RTÉ Radio and RTÉ Raidió na Gaeltachta were winners of several Torc Awards for Excellence at The Celtic Media Festival in Inverness over the weekend.

The three-day celebration of film, television, radio and digital media aims to promote languages and cultures of the Celtic nations and regions.

RTÉ Radio 1 won the best Radio Documentary award for Call of The Dark, in which writer and actor Michael Harding invites listeners to look at the advent of winter darkness in a different way.

RTÉ Radio 1 also won Best Radio Sports Programme for Never Knocked Down, a profile of Irish boxer Sean Mannion. He was the Irish-speaking labourer whose pugilistic skills were so brilliant he became the No.1 ranked Junior Middleweight in the world in the 1980s.

You can listen to Call of The Dark here and Never Knocked Down here.

Best Radio Personality/Presenter went to RTÉ Raidió na Gaeltachta’s Michelle Nic Grianna, who was praised for her talent for dealing with both hard-hitting and light-hearted topical issues.

The full list of winners can be found on the Celtic Media Festival web site here.