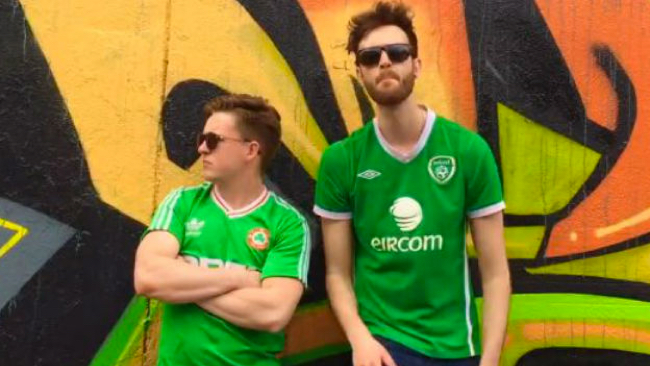 SPIN 1038 has released its very own song of support for Ireland in The 2016 UEFA European Championship.

Written by and starring SPIN 1038’s own Zoo Crew presenters, Graham and Nathan, ‘Hand Me A Beret’ is a theme tune for all Irish supporters looking to get behind the boys in green during the upcoming tournament.

“The music video features many sights that Irish fans will be familiar with, including footage with the Aviva Stadium, sights of green jerseys and mentions of Trapattoni and Italia 90.

The station says: “SPIN 1038 is delighted to do its part in supporting the Irish football team to success in the Euros and looks forward to covering all tournament news over the coming month and a half.”