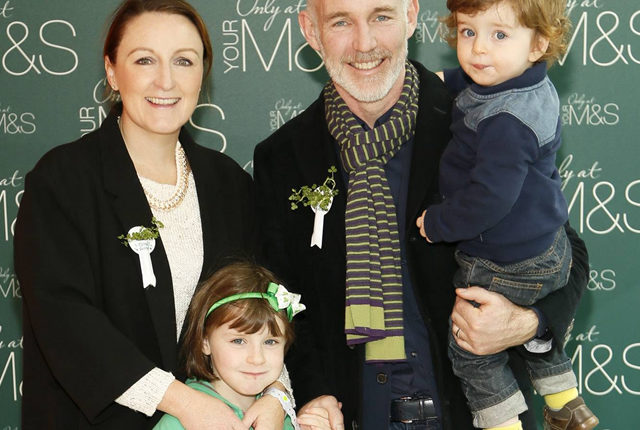 This is the moment Ray D’arcy announced his wife Jenny Kelly will be leaving him, live on-air at Today FM.

Jenny, who is Ray’s producer of 14 years, is leaving the station rather than him personally, and has opted to be a full-time mum. They couple originally met when Kelly first began working on Ray’s show in 2000.

Ray casually mentioned the news on his show on Tuesday morning when talking about listeners taking a three month break. He said: “Oh to have three months off. You’re off. You’re going to be off forever.” Jenny replied: “I am. We haven’t actually said that on-air yet but yes, that’s the truth.

“Talk about putting me on the spot Raymond!,” Jenny said.

I was thinking long and hard about it, I came back to work in January, and I decided that after 14 years working on the show give or take a baby or two, that I just wanted to spend a bit more time with the kids. It gets a bit hectic with us working the same hours…. I decided it’s now or never.”

Totally caught off guard today on air by Mr D'Arcy. Had to apologies to studio guest who came in to find the producer crying! #morto