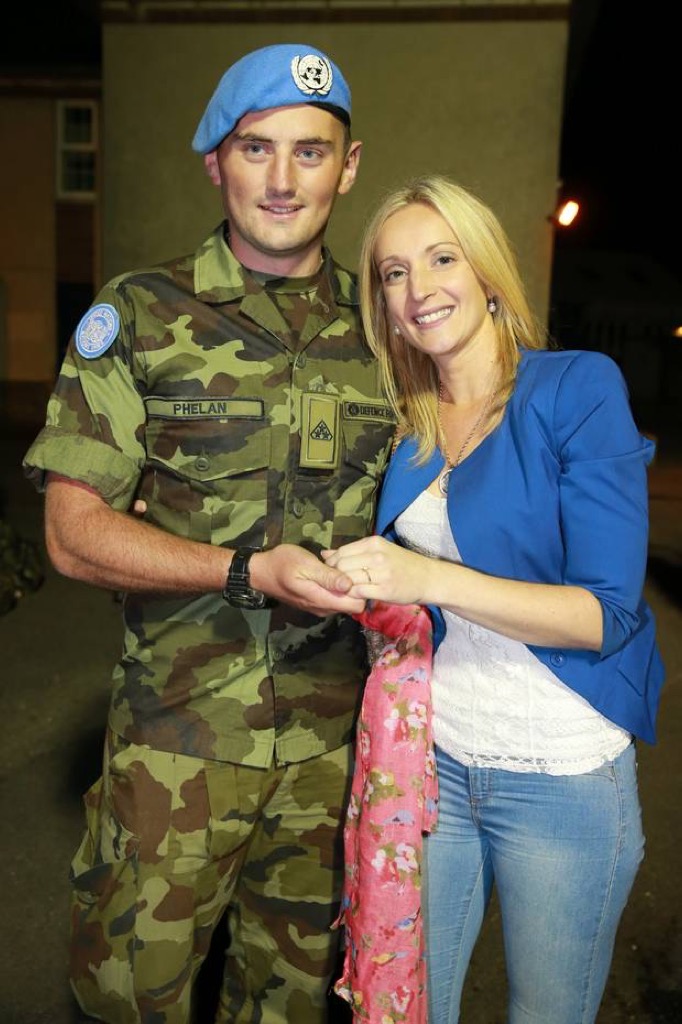 Lena Murphy’s proposal by Private Kevin Phelan has attracted the attention of the national media.

The Private proposed in full military fatigues after landing in Dublin last night, much to the surprise of Lena, who is Financial Controller at WLRfm and Beat 102 103. She’s also Acting CEO of Beat 102 103 while Gabrielle Cummins is on Maternity Leave.

“Kevin just came off the plane back from Syria and asked me to marry him. I said yes,” said Lena.

He was part of a contingent of Irish troops from the 44th Infantry Group returning from a six-month tour of duty in the Golan Heights on the Israeli-Syrian border.

Kevin phoned his bride-to-be’s father while stationed abroad to ask for her hand in marriage.