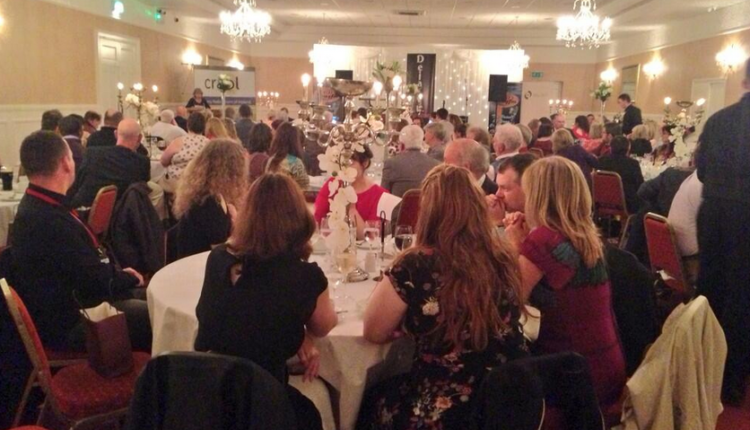 The 5th Craol Achievement Awards 2014 for community radio were announced to a packed audience gathered in Youghal on Friday night.

It was the first time the Achievement Awards were held as a stand alone event and had the biggest amount of entries since their inception with a nearly 50% increase in nominees over the previous awards. There were five categories of awards ranging from Commissioned Programming to Music Programmes.

A special Lifetime Achievement Award was announced for Pat Walshe of Connemara Community Radio who stepped down in February as Station Manager after decades of involved in different capacities in this pioneering community station.

Jennifer Fitzgerald from Dublin South FM won the Award for Scheduled Programming for her ArtsWave programme. Jennifer told RadioToday: “Winning a CRAOL award has been one of the major highlights here on the ArtsWave show this year. A worthy thank you to all our listeners, guests and the support from Dublin South FM. I hope this inspires the future progression of artistic talent in Ireland.

“I believe that success comes from helping others succeed and enjoying that process.”

An award which achieved a loud reception was for the programme “Youghal ready for this” from the host station of Feile Communty Radio Youghal.

Award winners and citations were announced by Tina Denis of Dublin South FM and Paula Healy of FlirtFM. Declan Gibbons of CRY104FM managed the event and Mary Lennon of Athlone Community Radio and Chair of Craol presented the awards. Director of Broadcasting at the Broadcasting Authority of Ireland, Ciaran Kissane gave a keynote speech.

The CRAOL Achievement Awards aims to give Stations the opportunity to recognize the contribution voluntary members and staff make, not just in one-off programmes, but on a daily and weekly basis.

The awards formed part of the Féile 2014 hosted by Community Radio Youghal which itself has just celebrated 35 years of creating radio. Community stations from all over the country and at all stages of development shared experiences, and learned from each other in 16 workshops, speed networking events, and panel discussions.

See all the winners here (PDF).