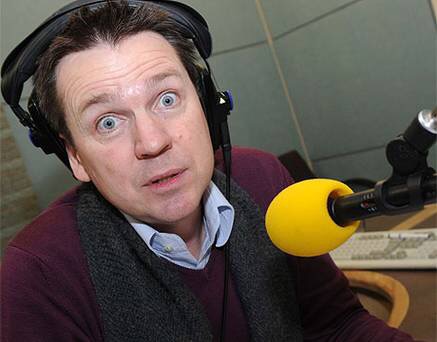 Derek Mooney is to take up a new role as Executive Producer across nature and wildlife programming, and quit his RTÉ Radio 1 show.

Originally from Dublin, Derek first appeared on RTÉ in 1985 on a television debate called Anything Goes. He is now established as one of Ireland’s best-known broadcasters, presenting Mooney, the afternoon radio programme on RTÉ Radio 1.

Reacting to his new appointment Derek Mooney said: “There’s a wonderful world of nature out there.. it’s time to explore it and no better place to do it than on radio but we won’t stop there. We will use every bit of technology and social media available to bring the natural world to our audience, wherever and however they choose to listen or watch. I’m also thrilled to be working with our partners in the EBU, particularly on projects like Nest Watch and the Dawn Chorus. Birds don’t recognise boarders, nor should we, I can’t wait to get started.”

Mooney on RTÉ Radio 1 will air until January 9th 2015. RTÉ will announce a new programme in due course.

Derek Mooney will be taking up the post in February 2015