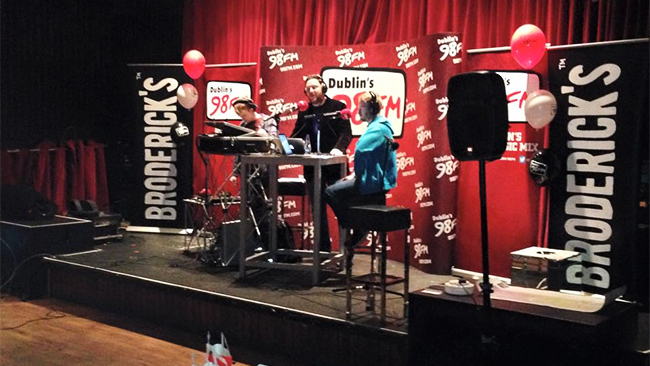 98FM’s Ray Foley Show has this morning awarded a €5,000 cheque to Killiney man Eoin Langan, after pushing beyond their normal finish time of 10am to ensure the prize was given away.

Langan was part of an excited audience for the live show which took place at The Sugar Club and offered the prize for the first person who could answer 10 questions correctly in a minute.

The giveaway quiz started at 8am and was originally planned to run for an hour and a half, as they wanted to end the show with their usual “Foley’s Friday Mix” feature, but nobody answered enough questions to win the prize in time and they carried on. By 10am, when the breakfast show usually ends, the prize still had not been won and they decided to keep going again – eating into the following show, Dublin Talks with Adrian Kennedy.

Luckily for Kennedy, his show was only about 15 minutes late starting, as the first entrant after 10am, Eoin Langan from Killiney, answered 10 questions correctly, winning the prize.

98FM captured the moment when Langan won on video and tweeted it shortly afterwards: