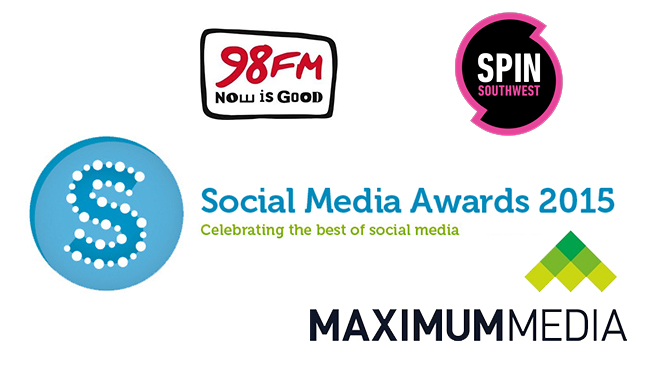 Dublin station 98FM and Limerick-based regional youth station Spin South West – both owned by Communicorp – are the only radio stations to make it to the finals of the 2015 Social Media Awards.

Organised and run by Damien Mulley, the awards – nicknamed the “Sockies” – are sponsored this year by Maximum Media – the group behind web sites Joe.ie and Her.ie. They are a “relaxed and informal” celebration of social media in Ireland.

98FM and Spin South West are both finalists in the “Best Use of Facebook by a Media Organisation” category, where they face competition from Operation Transformation and The Sunday Game – both RTÉ productions, newspapers the Cork Independent, the Galway Advertiser and The Irish Independent, BreakingNews.ie and Dreamwedding.com.

A full list of the finalists in all the categories can be seen here. The awards ceremony will take place on the evening of Wednesday June 3rd in the R.D.S. Concert Hall in Dublin, and will be hosted by RTÉ 2FM’s Rick O’Shea.