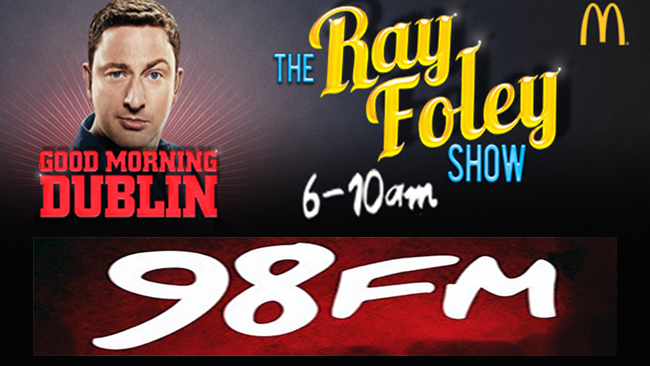 Dublin’s 98FM have brought back age-old competition, the “Secret Sound of the City”.

The competition, in which a presenter plays a very short sound clip and listeners have to guess what it is for cash, made its return on Monday morning on the station’s breakfast show, the Ray Foley Show.

The Secret Sound previously ran as part of Dermot & Dave’s show, when the pair were on the drive-time slot on 98FM, before moving to Today FM, but can now be heard shortly after 7am each weekday morning.

The prize money for the competition started at €1,000, but increases by €10 each day until it’s own. Other stations have run similar competitions recently – including Radio Nova 100’s “Nova Noise” and FM104’s “What’s that sound?”.

Meanwhile, on “The Big Ride Home” (4-7pm), a separate cash competition, called “Four-Five-Six” is being run, where presenter Dara Quilty calls out a different cash amount after 4pm, 5pm and 6pm, with callers then invited to add all three together for a chance to win the total amount.