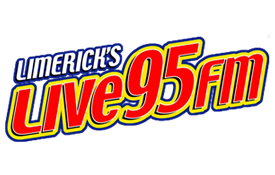 Limerick’s Live 95FM has been celebrating 20 years of broadcasting by giving away cash to listeners.

The station, which launched this week in 1997, was giving away prizes all day on its birthday on Monday including €200 for ringing in when the bonus siren was played.

The station staff celebrated with cake – and sent us these photos:

Marian O’Sullivan, one of the team who has been with the radio station since it’s opening, cuts the cake.