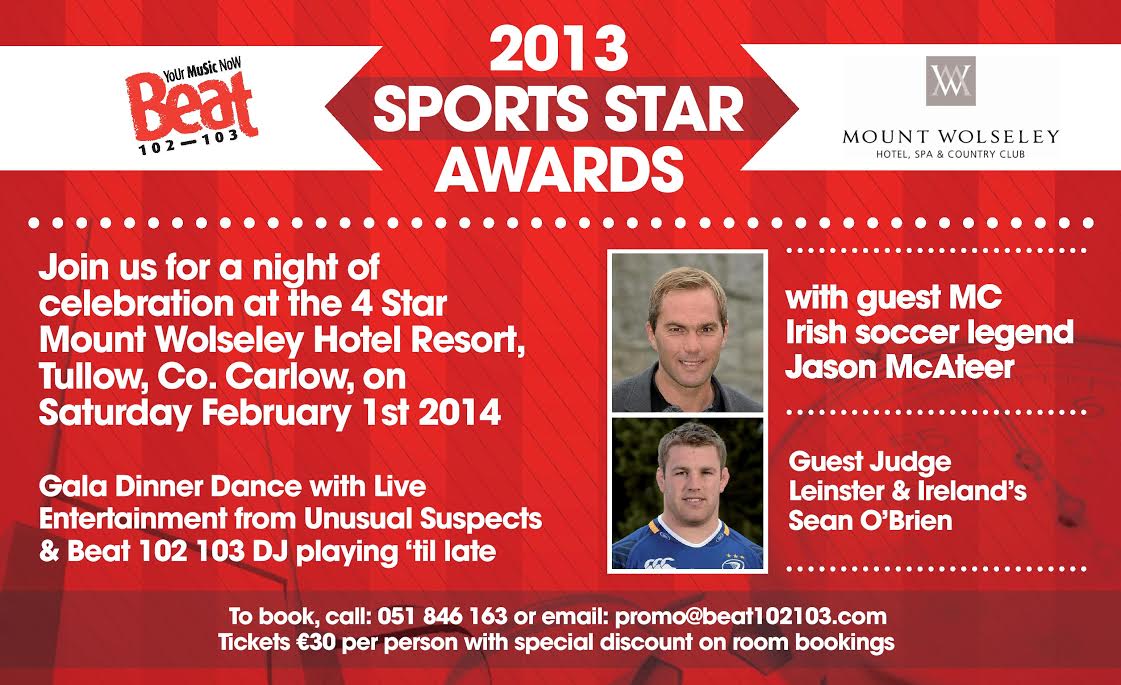 There is also a wild-card entry selected from all the nominations put forward throughout the year, and each winner will be presented with their award by special guest, Irish soccer legend Jason McAteer. South East Radio’s judging panel, which includes rugby player and Tullow native Sean O’Brien, will then announce the overall South-East Sports Star of the Year winner for 2013.

This gala dinner event will feature live music from local band The Unusual Suspects and a Beat 102-103 DJ till late.