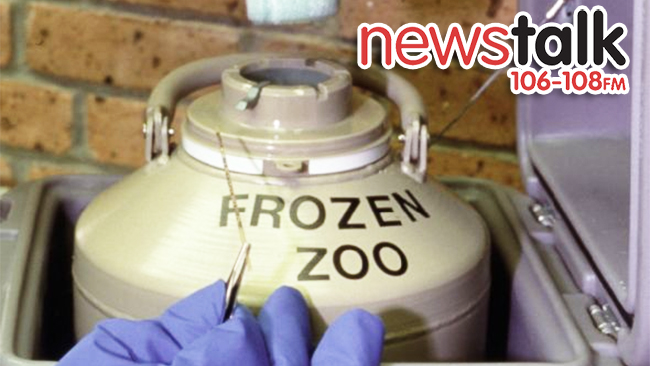 A new documentary which tells the story of a project which aims to preserve the DNA of the world’s endangered species is to air this weekend on Newstalk 106-108.

“The Frozen Zoo”, which is produced, edited and narrated by Patricia Baker, explores the story of the Frozen Ark project and features interviews with elderly couple Ann and Brian Clarke who set it up with the aim of helping to save the planet’s animal diversity from disaster.

The programme will also include a contribution from Susan O’Brien – a zookeeper with Dublin Zoo – who talks about animals who are at risk of extinction, and the zoo’s vet John Bainbridge, who will explain how DNA is taken from the animals.

The documentary – a Curious Broadcast production, funded by the BAI’s Sound & Vision scheme – is part of Newstalk’s Winter ‘Documentary on Newstalk’ season, and airs this Saturday February 7th at 7am. It will be repeated on Sunday February 8th at 10am.