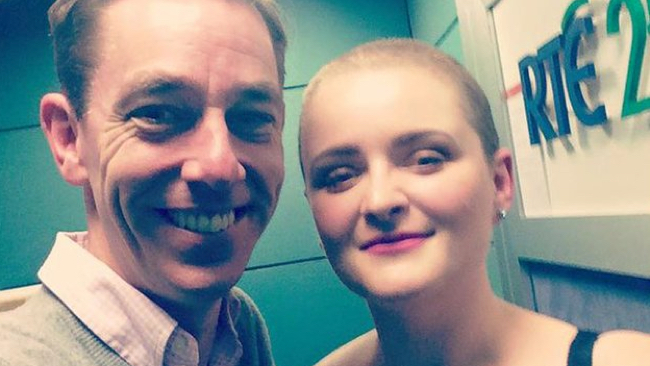 Louise McSharry clear and back at RTÉ 2fm

Louise McSharry will return to her evening show at 2fm on Sunday 19th April after being declared cancer-free.

Louise was diagnosed with Hodgkin’s Lymphoma last year but after six months of treatment, she announced that she is clear and ready to get back on air.

Speaking on Tubridy this morning, Louise McSharry said: “I would like to say thank you to everyone online, and people who have sent me post, and people who have made the effort to get in contact with me – there are so many of them in Ireland and abroad – who made the experience so much easier than it might have been… The plan is to be back on air on April 19th… I’m really, really excited and a little bit nervous!”

Head of RTÉ 2fm, Dan Healy, says: “We are delighted to welcome Louise back and we know that her listeners will be thrilled to hear her on 2fm again. Louise has had a very challenging year but she’s a fighter and a strong woman and we are over the moon to have her back with us healthy, happy and ready to get back on air.”

The Louise McSharry Show airs between 8pm – 10pm, Sunday through Thursday, and Eoghan McDermott has been covering since August.

Here she is! We're thrilled to have @louisemcsharry back! Catch her first show back on Sunday 19th April at 8pm! YOW! pic.twitter.com/H50RZFo6ab